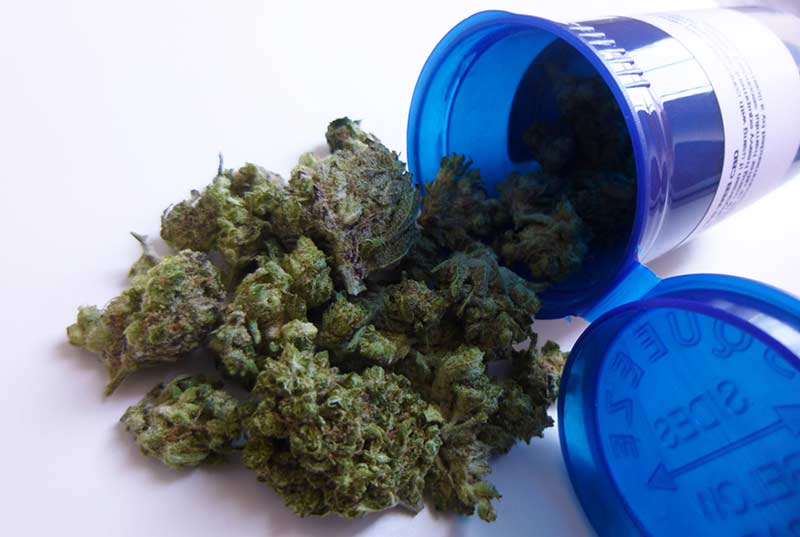 Wednesday, 4/20, better known to some as ”weed day,” is an annual celebration of recreational marijuana. However, for millions of people, including older adults, marijuana is lauded for its medical benefits. Here, an update.

Where is Marijuana Legal?

More and more older adults are using medical marijuana (with a recommendation from their doctor in states where it’s legal) and recreational marijuana. The number of adults age 65 and older who reported marijuana use in the previous year jumped from 2.4% in 2015 to 4.2% in 2018, according to a nationally representative survey.

As of 2019, one poll found the majority of Americans now favor marijuana legalization, including 63% of baby boomers (now ages 57-75).

Older adults turn to marijuana for medical (versus recreational) purposes most often for arthritis and other pain, sleep problems, anxiety and depression, according to another survey asking 83 adults about cannabis use in the previous 3 years. Of the 15% who reported use in the previous three years, the majority said it helped “somewhat” or “very much” in managing symptoms.

Even so, says Alison Moore, MD, professor and chief of geriatrics at UC San Diego Health, who helped conduct that survey,  ”the evidence is not strong for any condition at present, as we are still in the early phases of using cannabis in randomized trials,” (viewed as the gold standard), “to understand its therapeutic potential.” Medical marijuana has been tested most often to help insomnia, loss of appetite and mental health conditions, she says.

The benefits often go beyond symptom relief, says Paul Armentano, deputy director of the National Organization to Reform Marijuana Laws (NORML) and the NORML Foundation, a nonprofit group advocating for reform of marijuana laws for both medical and non-medical use. ”

The data seems to be most consistent that when older adults use cannabis they report significant improvement in their overall quality of life,” Armentano says. Here is one such study with that finding.  NORML has posted numerous other facts about marijuana use by older adults.

“When we talk about what are some of the potential unique issues with seniors,” he says, “they are likely already taking a number of other prescription drugs,” so it’s important to find out if there are any interaction issues.  Some users get dizzy, he adds, so it’s important to guard against falling.

“I think these products may well have therapeutic effects,” Dr. Moore says. However, with so many forms of marijuana, such as creams, inhalers, gummies, tinctures, dried flowers and more, ”it is difficult to make informed choices about the cannabis product that might work for an individual.” She advises people to wait for more scientific evidence—which she says will come soon.

Kathleen Doheny is a Los Angeles-based independent journalist, specializing in health, behavior, fitness and lifestyle stories. Besides writing for Senior Planet, she reports for WebMD, Medscape, Endocrine Web, Practical Pain Management, Spine Universe and other sites.  She is a mom, mother-in-law and proud and happy Mimi who likes to hike, jog and shop.

This article offered by Senior Planet and Older Adults Technology Services is for informational purposes only and is not intended to substitute for professional medical advice, diagnosis, or treatment. Always seek the advice of your physician or other qualified health provider with any questions you may have regarding any medical condition or before starting an exercise regimen. If you think you may have a medical emergency, call your doctor or 911 immediately.