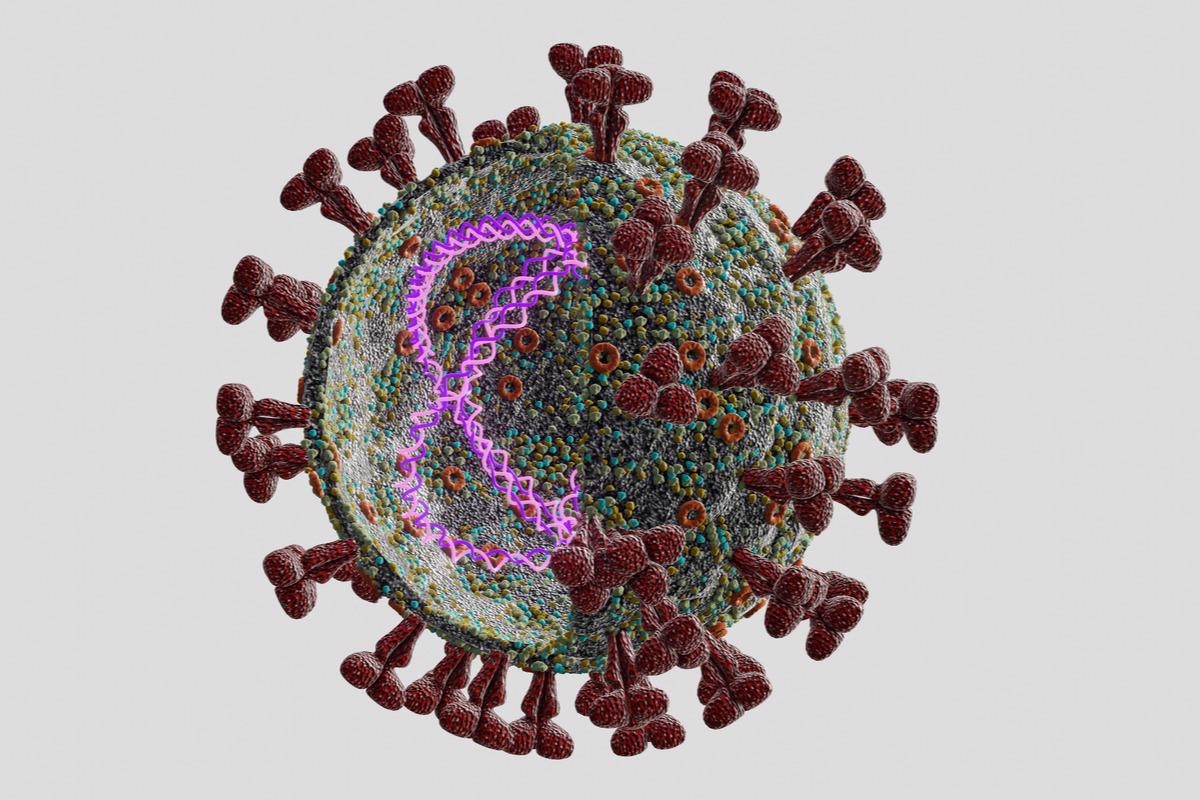 The severe acute respiratory syndrome coronavirus 2 (SARS-CoV-2) is the pathogen responsible for the ongoing pandemic of coronavirus disease 2019 (COVID-19). The SARS-CoV-2 infection has a wide range of symptoms, ranging from none to extremely critical symptoms.

The pathophysiology of COVID-19 is not well understood, even after more than two years; however, many scientists consider that critical and severe COVID-19 is related to the severity of the immune-inflammatory response.

A new International Journal of Molecular Sciences study addresses the relationship between SARS-CoV-2 to the metabolism of one-carbon molecules in the host, suggesting new therapeutic pathways.

Earlier protein-based research in COVID-19 patients showed that several pathways were dysregulated, some of which include the complement and coagulation cascades, interactions between different cytokines, and cholesterol metabolism. Even as biomarkers were identified that indicated increased severity and mortality from COVID-19, these were found to be largely involved in inflammatory pathways.

Apart from acute COVID-19, ‘long COVID’ has become a recognized syndrome, though it is far from being clearly defined. The symptoms of long COVID may include neurological sequelae, chest pain, fatigue, dyspnea, respiratory symptoms, joint pain, and insomnia. These symptoms resemble those of pernicious anemia, which is a condition caused by the deficiency of vitamin B12 or cobalamine.

The underlying mechanism here is a one-carbon pathway of methylation, as B12 is a cofactor of vitamin B12-dependent methionine (Met) synthase (MS), which is a key enzyme in this pathway. MS is the source of methionine in the body and is required for the production of the universal methyl donor S-adenosylmethionine (SAM).

The one-carbon pathway is involved in many biological processes including purine and thymidine synthesis, nucleic acid synthesis, homeostasis of glycine, serine, and methionine, as well as the generation of glutathione through the homocysteine-cysteine pathway, wherein glutathione is an essential molecule for antioxidant activity in physiological processes. This pathway is also involved in the production of energy through adenosine triphosphate (ATP) generation within the mitochondria of the cell.

In the current study, scientists report that during the hijacking of host cell metabolism by SARS-CoV-2, transcription continues to occur for host metabolic enzymes but shows an overall reduction. ATP appears to be depleted, as shown by the expression of mitochondrial DNA. 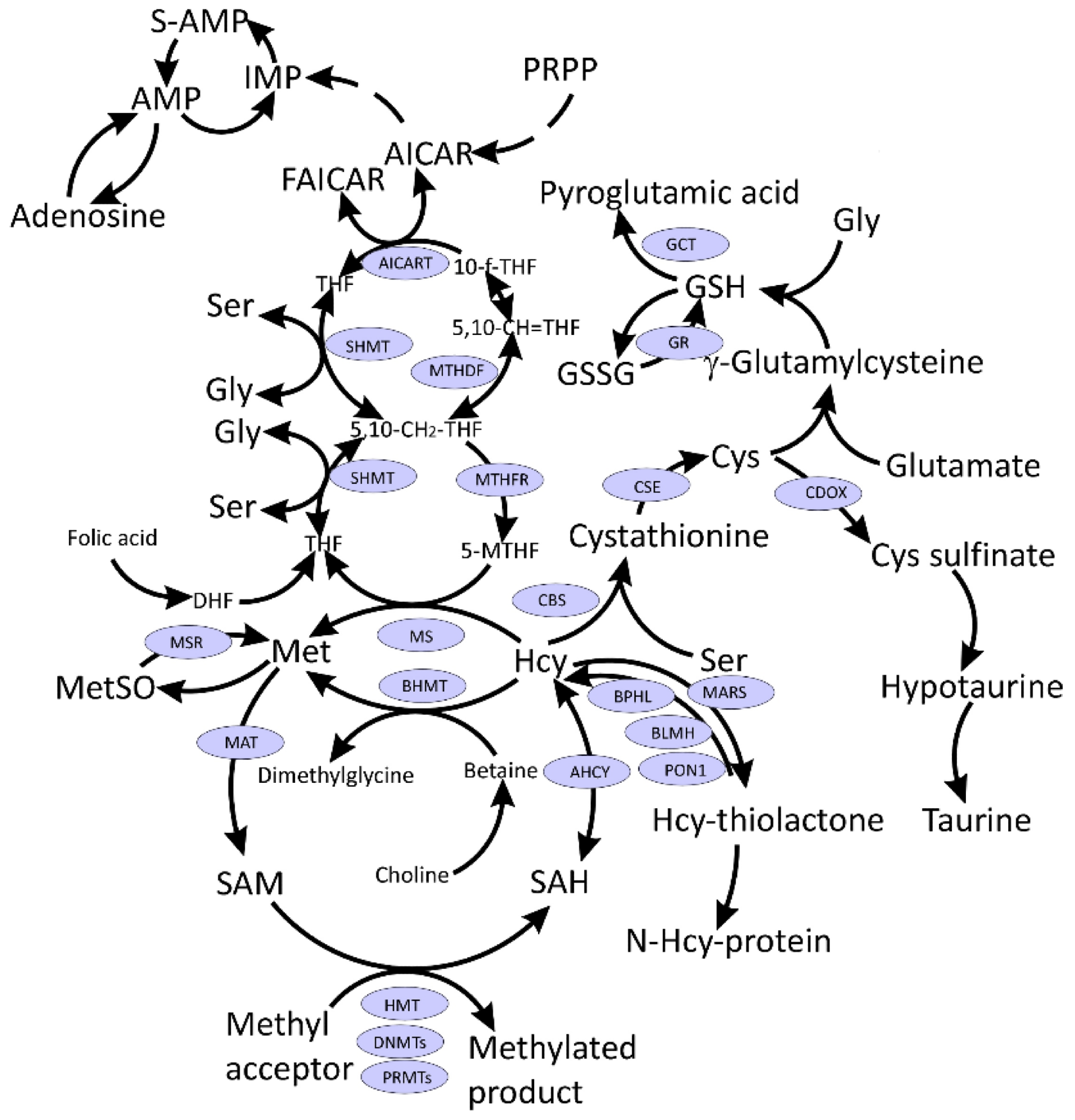 Purine biosynthesis de novo appears to increase, with rising levels of intermediates and a reduction in intracellular folate. Notably, serine donates one-carbon units for this process, taking part in folate metabolism. Many other metabolites in the cell that participate in either sulfur-containing amino acid pathways or one-carbon metabolism also showed a reduction following SARS-CoV-2 infection.

Within the infected cell, methionine and related sulfur amino acids showed a reduction. Conversely, such cells did not show any reductions in SAM, cysteine, and oxidized glutathione, all of which participate in one-carbon metabolism. The implication is that SARS-CoV-2 takes over folate and one-carbon pathways for its intracellular replication.

A rise in SAM levels, as well as a rise in SAM/S-adenosyl homocysteine (SAH), suggests lung damage has occurred, while the former is highest in critically ill patients but is linked to a better outcome. The level of dimethylglycine, which is produced from homocysteine during its conversion of methionine, did not show any association with the product concerned.

Glutathione levels are also affected in COVID-19, with low levels indicating oxidative stress and lung damage. This is the most important antioxidant in human physiology and is depleted in high-risk conditions for COVID-19. The level of SAM is also associated with a higher SAM to GSH ratio and higher homocysteine levels.

In some studies, cysteine was increased in serum, as Cys-Gly produced by the metabolism of GSH is lower with lung damage. Meanwhile, glycine, being a part of GSH biosynthesis, showed varying directions of change in these patients, as with cysteine.

Homocysteine is elevated in COVID-19; however, there remains limited information regarding whether this effect is due to older age and male sex in COVID-19 cases as compared to controls remains unanswered. The MTHFR 677T gene is more common in certain ethnic groups that have a higher-than-expected incidence of COVID-19 and related mortality.

Homocysteine may trigger thrombosis or coagulopathy, both of which are complications common in COVID-19. Some researchers have suggested that genotyping COVID-19 for certain single nucleotide polymorphisms would help identify those with the highest risk of complications from clotting; however, this is currently not supported by experimental data.

In adults but not COVID-19 positive children, choline and its metabolites were found at lower levels.

Methylmalonic acid (MMA), which fell to 3% of the baseline level, is a catabolic product formed during the breakdown of certain amino acids and could play an antiviral and anti-inflammatory role. The reduction of MMA in adults fits thus supports a potential mechanism that causes increased severity of COVID-19 in adults.

The renin-angiotensin system (RAS) is key to the regulation of cardiovascular function and renal health. It may also cause hypertension, diabetes, and obesity, all of which are risk factors for COVID-19. Angiotensin-converting enzyme (ACE) and RAS balance each other to prevent undesirable effects on the cardiovascular system. Moreover, high ACE2 levels at admission have been used to predict a higher risk of severe illness.

The one-carbon cycles linked to homocysteine act through the RAS system as well.

The folate cycle is key to one-carbon metabolism. Drugs that inhibit dihydrofolate reductase, as well as other steps in one-carbon transfer, have been found to block viral replication.

Folic acid could also be a furin inhibitor, thus preventing SARS-CoV-2 infection as furin activity is required for the proteolytic cleavage of the viral spike protein that precedes lung cell entry by the virus.

Several treatment strategies suggested for COVID-19 are currently being examined. Interestingly, screening pathways indicate the potential utility of folic acid as an inhibitor of spike-ACE2 receptor binding. Indeed, this was the leading nutraceutical with this predicted activity.

Similarly, 5-methyltetrahydrofolate was found to be a ligand of the key viral enzyme PLpro, while folic acid derivatives bound to the NSP15 protein. In all these cases, binding energies were comparable or superior to currently known drugs that inhibit these pathways.

Comparatively, antifolate drugs such as methotrexate have been found to have an antiviral effect by blocking purine biosynthesis. This drug may act in synergy with remdesivir to block viral replication and the secretion of infectious virions.

The results of many studies regarding the relationship between one-carbon metabolism and SARS-CoV-2 replication within human host cells are often conflicting. However, these studies have demonstrated the potential role of glutathione, methionine sulfoxide, and choline in this process. These differences could be due to the confounding effects of non-matched age, sex, or ethnicity between cases and controls in various studies.

Another possible reason for inconsistent findings could be the difference in COVID-19 classification systems as to the severity of illness and differences in the time points at which samples were taken. For instance, one review found that SAM levels could differ in cases as compared to controls simply by manipulating the study selected by the classification system used.

Among potential therapeutic approaches, the three aforementioned metabolites that are potentially impacted by COVID-19 may be worthy of further study. Thus, measures to normalize their levels may mitigate the severity of COVID-19 and improve patient outcomes. This includes N-acetyl cysteine to increase glutathione levels, preferably with glycine as well.

The resulting antioxidant boost may help restore methionine sulfoxide levels to normal as well. More work will be needed to establish the therapeutic utility of these strategies.