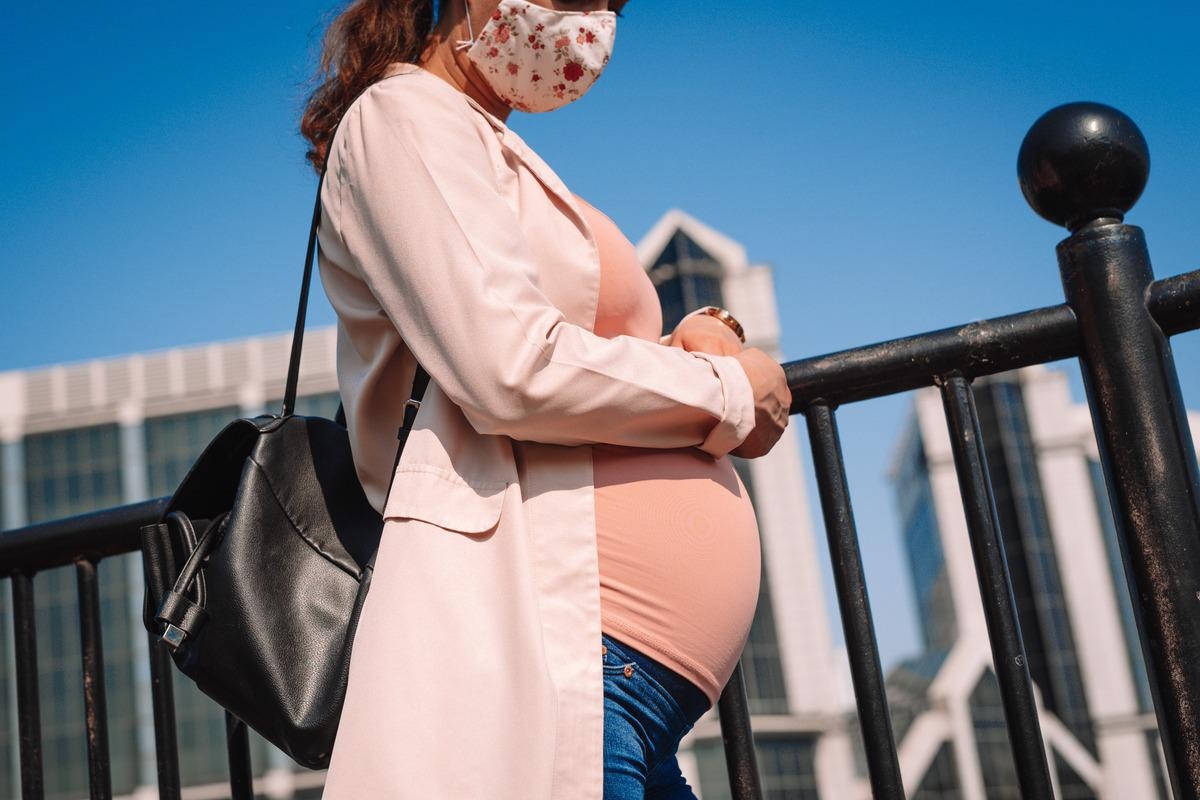 A new preprint study on the Preprints with The Lancet* server has found that transforming growth factor (TGF)-β2 levels could be linked to asymptomatic and mild disease in both convalescent mothers and women with severe acute respiratory syndrome coronavirus 2  (SARS-CoV-2) infection at the time of delivery. A protective role of TGF-β2 was depicted in the setting of SARS-CoV-2 infection during pregnancy – expressed as pro-inflammatory cytokines release and lower viral loads, in vitro.

The ongoing coronavirus disease 2019 (COVID-19) had imposed devastating impacts on the lives of millions of people across the globe. However, data on the effects on pregnant women remain limited.

On the other hand, studies have informed that pregnant SARS-CoV-2-infected patients do not harbor a higher predilection for developing critical pneumonia than nonpregnant women. Furthermore, racial disparities also alter the effects of COVID-19 during pregnancy, and more so owing to the social divide.

Moreover, studies concerning the maternal immune response after SARS-CoV-2, placental infection, and vertical transmission have been conducted mainly on women who had COVID-19 symptoms in their third trimester.

The study and findings

The new study investigated the clinical and obstetric outcomes after SARS-CoV-2 infection in two groups of pregnant women, along with their association with the immunological parameters.

This prospective cohort study was undertaken between March-October, 2020. Pregnant women with a positive polymerase chain reaction (PCR)-test result for SARS-CoV-2 during their pregnancy were included. The first group formed the convalescent cohort––infected during early gestation, and the second group was the actively infected cohort––mothers diagnosed with SARS-Cov-2 infection at the time of delivery.

From participants in both the study groups, maternal (M) blood, as well as vaginal secretion samples were collected at admission. Thereafter, samples of amniotic fluid (AF)––in cases with a cesarean delivery; umbilical cord segment; amnion; chorion; cord blood (CB); neonatal blood; and throat swab were collected at the time of delivery or a day after delivery. In addition, breast milk was sampled one or two days after delivery.

Among the 33 participants selected for biospecimen analysis, 23 were African 48.5% had an active SARS-CoV-2 infection during child-birth while 51.5% were convalescent.

The results did not elicit the presence of the virus in any biospecimen; there was no incidence of vertical transmission. On antibody measurements in maternal plasma and convalescent blood, a significant dichotomy was detected in the antibody profiles of amniotic fluid between the two cohorts.

AF profiling delineated lower antibody levels than those on the plasma samples, in both the study groups, while escalations in non-SARS-CoV-2 antibodies were recorded during active infection higher than the elevations in the SARS-CoV-2 specific antibodies. Non-SARS-CoV-2 antibody titers correlated to the COVID-19 disease severity in the convalescent blood and maternal plasma samples during the active SARS-Cov-2 infection.

The convalescent samples showed elevated SARS-CoV-2 and other coronaviruses’ antibodies. Correlations were detected amongst almost all antibodies; the HKU1 was an exception as it did not correlate to any other antibody titers.

It was also noted that cytokines and chemokines stimulated migration and cell differentiation, rendering inflammation, effector function, and tissue and immune homeostasis. The TGF- β2 and TGF- β3 levels were also significantly elevated in the AF when compared to plasma samples. While Fractalkine levels in the convalescent plasma were inversely associated with disease severity, whereas, the inducible protein (IP)-10, granulocyte-macrophage colony-stimulating factor (GM-CSF), and interleukin (IL)-1β positively associated with COVID-19 disease severity.

In the maternal plasma, TGF-β2 levels and IL-21were inversely proportional to the disease severity. Of note, Fractalkine was remarkably enriched in convalescent plasma while IL-27 and IL-15 were enriched in the maternal samples.

Further, in the convalescent plasma GM-CSF, TGF-β2, and monocyte chemotactic protein 3 (MCP-3), macrophage inflammatory protein-1α (MIP-1α), and IL-10 were inversely proportional to the disease severity. It was inferred that the interferon (IFN) pathways like IP-10, were positively associated with COVID-19 severity, whereas, anti-inflammatory markers, for example – TGF-β2, correlated to absent or mild symptoms. Moreover, cytokines were inversely associated with the disease severity.

On testing an in vitro model of SARS-CoV-2 infection in Normal Human Bronchial Epithelial cells (NHBE) cells, TGF-β2 treatment elicited a distinct profile of cytokines at both, 0 and 72 hours after the viral exposure, compared to untreated cells. These findings suggested that TGF-β2 could confer a sustained and elevated anti-viral immunity.

When human tracheobronchial epithelial cells were pretreated with TGF-β2, a significant decay in SARS-CoV-2 viral loads and suppressed cytokine release were documented– in the setting of COVID-19. Hence, a prevalent anti-inflammatory environment could condition appropriate anti-viral response and prevent the overwhelming inflammation seen in the cytokine storm – characteristic of severe COVID-19 cases.

Therefore, the anti-inflammatory cytokine – TGF-β2, which was inversely associated with the cytokines signifying the hyperimmune response in severe COVID-19 improved outcomes in pregnant COVID-19 patients. The results demonstrate that TGF-β2 impedes SARS-CoV-2 replication in NHBE cells by sustaining a non-inflammatory environment and suppressing cytokines.

Preprints with The Lancet publish preliminary scientific reports that are not peer-reviewed and, therefore, should not be regarded as conclusive, guide clinical practice/health-related behavior, or treated as established information.

COVID-19 And Flu Season: How To Avoid Catching Viruses This Season
Empty nest syndrome: how to unruffle your feathers and spread your wings
What is rainbow fentanyl? Colorful pills drive new warnings about deadliest drug in the US
What to Expect at This Year’s American Academy of Ophthalmology Meeting
Hospital Fired All Employees; Profiting Off the Poor; Long COVID and ME/CFS