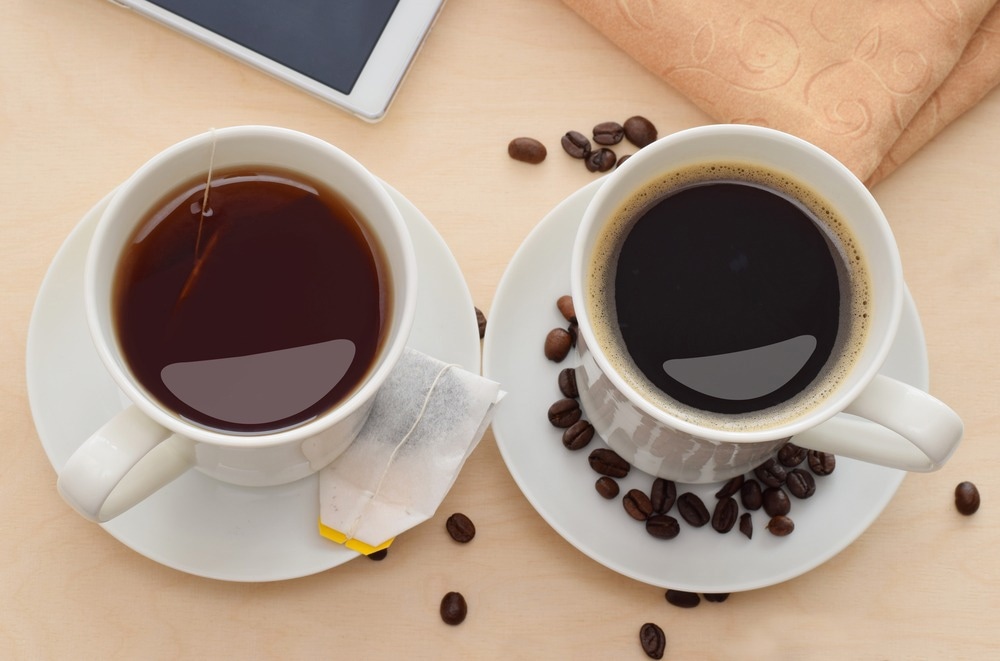 In a recent study published in BMC Medicine, researchers investigated the association between individual and combined coffee and tea consumption and all-cause and cause-specific mortality, such as those due to cardiovascular, respiratory, and digestive diseases.

Studies examining the effects of interactions between tea and coffee have reported a lower risk of dementia and stroke. Investigations into the association between mortality and the interactions of the two beverages have reported additive effects of type 2 diabetes with combined green tea and coffee consumption. However, many of these results are either based on small sample sizes or cannot be generalized to the global population.

The present study used data from a longitudinal, population-based cohort of the United Kingdom (UK) Biobank to examine the association between mortality and individual and combined consumption of tea and coffee by conducting a stratification analysis that included various baseline factors, lifestyle choices, and history of chronic diseases.

Participants of the UK Biobank study were between the ages of 37 and 73. The study excluded participants who missed the follow-up or for whom the information on tea or coffee consumption was missing. A total of 498,158 participants were included in the study.

Tea and coffee consumption was determined based on a questionnaire that assessed the consumption of common beverages and food and asked participants about the number of coffee and tea consumed daily. A baseline questionnaire provided information on sociodemographic factors such as age, sex, ethnicity, and education levels; and behavioral data such as smoking, alcohol consumption, physical activity, and diet.

Additionally, the body mass index was calculated for all participants, and information on chronic diseases was gathered from the participants’ medical records, medical examinations, and questionnaires. Data from the National Health Services (NHS) were used to determine mortality and cause of mortality.

Statistical analyses were conducted to determine associations between separate and combined consumption of the two beverages with cause-specific and all-cause mortality. The analysis was adjusted for sociodemographic and behavioral confounders such as age, sex, body mass index, smoking, physical activity, diet, depression, and chronic diseases such as diabetes and hypertension.

The results found that compared to individuals who did not consume either tea or coffee, those who consumed two to four cups of tea and less than one to two cups of coffee daily were at a 22% reduced mortality risk. The mortality risk due to cardiovascular, respiratory, and digestive diseases also showed a similar inverse correlation.

The authors hypothesized biological mechanisms to explain the mortality risk-lowering effects of combined tea and coffee consumption. The beneficial effects of the overlapping biological compounds of tea and coffee such as chlorogenic acid and caffeine, including anti-inflammatory and antioxidant activity, reduced blood pressure, and improved endothelial function, could lower the pathogenesis of some chronic diseases.

Furthermore, the protective effects of tea and coffee against digestive diseases were linked to the action of tea and coffee compounds increasing bile acids secretion and regulating the gut microbiome and fecal output.

Overall, the results indicated that the association of separate consumption of coffee and tea with all-cause mortality risk was J-shaped and reverse J-shaped, respectively. The combined consumption of less than one to two cups of coffee and two to four cups of tea daily was associated with a 22% lower risk of mortality, both cause-specific and all-cause.

The overlapping biological actions of the compounds in tea and coffee were thought to play a role in reducing inflammation, free radicals, atherosclerosis, and the risk of chronic disease-related mortality.