Please can you introduce yourself and tell us about the history of Sepsis Research FEAT? What is the mission of the organization?

My name is Dr Catharina Hartman, and I am a trustee of the charity Sepsis Research FEAT. The charity was originally founded in May 2013 as FEAT – the Fiona Elizabeth Agnew Trust – by Dr Fiona’s Agnew’s husband Craig, with the support of six of the couple’s friends. The charity was set up in memory of Fiona and her unborn baby daughter Isla who both lost their lives to sepsis in the summer of 2012.

The mission of Sepsis Research FEAT has always been to save lives and improve outcomes for sepsis patients worldwide by funding sepsis research and raising awareness. Ultimately, we want to find a cure for sepsis.

Every year, almost 50 million people are diagnosed with sepsis. What is sepsis, and how is it diagnosed?

In its simplest terms, sepsis is the body’s overreaction to an infection. Any infections can instigate this: viral, bacterial, or fungal – but among the most common are pneumonia and UTIs.

Infections are recognized by our immune system, which then triggers a cascade of reactions to counter the infection, called the inflammatory response. Sepsis happens when these normally curative reactions are no longer in balance and affect not just the infection but everything else around it, including the body’s own tissues and organs.

Sepsis is sometimes confused with Septicemia or Blood Poisoning. The latter is now often referred to as Bacteremia, which refers to the bacteria in the bloodstream. The term sepsis refers to the constellation of negative effects resulting from the unbalanced inflammatory response.

Sepsis is the number one cause of preventable death globally and accounts for the loss of around 11 million lives annually worldwide. It is an indiscriminate, deadly condition that can kill a previously healthy adult in a matter of hours – and that is despite all the advances in vaccines, antibiotics, and intensive care.

Particularly in the early stages, sepsis can be difficult to diagnose due to the similarity of its symptoms to those of other illnesses.

There is currently no specific treatment for sepsis itself and identifying such a treatment/treatments is one of the key aims of the research that the charity funds via the GenOMICC project at the University of Edinburgh’s Roslin Institute.

Since sepsis occurs as an extreme reaction to an infection, are there any groups of individuals who are more at risk of the condition?

The very young and very old are potentially more susceptible to sepsis, as are those with a suppressed immune system. Clinicians need to be aware of factors that affect clinical judgments, such as assessing alertness in people with learning difficulties, determining confusion when there is a language barrier, or the ability to spot a rash in someone with dark skin. These are just some of the factors that make it more difficult and can cause a delay in recognizing and diagnosing sepsis. However, sepsis can strike anyone of any age at any time. There just needs to be an underlying infection for the onset of sepsis to become a possibility.

Worldwide, one in five mortalities is associated with sepsis. Given this fact, why is it important to raise awareness and ensure that people are conscious of the early symptoms of this condition?

In the UK, around 50,000 people a year are still losing their lives to sepsis. Of the 200,000 or so who survive an episode of sepsis, around 100,000 will suffer from long-term side effects and other serious outcomes affecting their physical and mental well-being.

Ensuring that patients with sepsis receive timely treatment is key to improving their chances of survival and ensuring a positive prognosis. It is important that people start to be able to recognize the symptoms of sepsis in themselves and others to ensure that they seek medical attention as quickly as they can.

The use of antibiotics is one of the first lines of defense when treating a patient with sepsis. AMR means that the antibiotics we use are no longer effective in treating infections promptly. The longer it takes to tackle the infection, the more likely it is that the inflammatory response continues, keeping in motion the negative effects on the patient’s tissues and organs and leading to consequences such as amputations or PTSD.

According to the World Health Organization, many sepsis deaths are preventable. Are you hopeful that tackling antimicrobial resistance can also decrease sepsis infections and mortalities worldwide?

Decreasing the incidence of sepsis relates to being able to treat a source infection quickly and effectively, and AMR makes this increasingly difficult. Tackling AMR and ensuring that the appropriate antibiotic is given at the right time is very likely to help in the effective treatment of patients with sepsis and in ensuring that they have a positive outcome.

What are the next steps for you and Sepsis Research FEAT?

Sepsis Research FEAT remains committed to funding research into the understanding and treatment of sepsis through its existing partnerships and also new research collaborations that we are entering into all the time. In addition, we will continue to raise awareness of sepsis through our work with government bodies and the general public, for example, through the sharing of individual sepsis stories.

Where can readers find more information?

You can find out more about Sepsis Research FEAT and our work by visiting our website here.

Dr Catharina Hartman is a consultant in Emergency Medicine at the Royal Aberdeen Children’s Hospital and Aberdeen Royal Infirmary. Originally from South Africa, she has been living in Scotland since 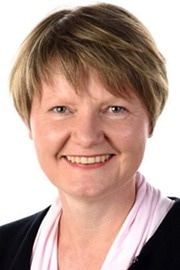 2006. Her interest in sepsis expanded while doing specialist training in adult Intensive Care Medicine and this led to her involvement in developing a sepsis screening assessment for babies and children presenting to the Emergency Department. She continues to be involved in Quality Improvement work specifically related to the treatment of sepsis.