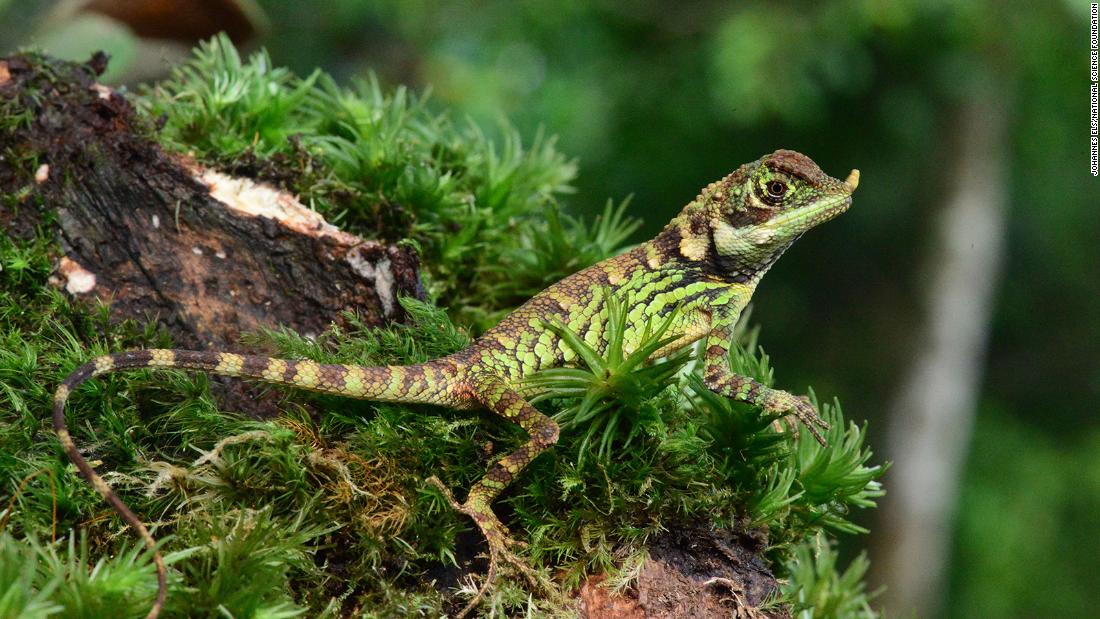 Health, Fitness & Food
Share on Facebook
Share on Twitter
Share on Pinterest
Share on LinkedIn
Sign up for CNN’s Wonder Theory science newsletter. Explore the universe with news on fascinating discoveries, scientific advancements and more.
It’s the first study of its kind for reptiles and involved 961 scientists in 24 countries across six continents and took 15 years to complete.
Similar global assessments for other classes of animal have revealed that 40.7% of amphibians, 25.4% of mammals and 13.6% of bird species face the threat of extinction.
“Reptiles, to many people, are not charismatic, and there’s just been a lot more focus on the furry or feathery species of vertebrates for conservation. But through persistence we were able to find the funding needed to complete the study,” Bruce Young, chief zoologist and senior conservation scientist at NatureServe, a conservation nonprofit, told a news briefing. He was one of the authors of the study, which published Wednesday in the journal Nature.
“Through work like this, we advertise the importance of these creatures. They’re part of the tree of life. Just like any other equally deserving of attention.”

Habitat loss driven by logging, agriculture and urbanization, and competition with invasive species is the main threat to reptiles. Other factors played a role for some species such as their use in traditional medicine. The climate crisis also poses an uncertain challenge, the study added.
Threats to reptiles were most acute in forest environments, according to the study.
Crocodiles and turtles were among the most at-risk species and in need of focused conservation efforts, with respectively around 57.9% and 50% of those assessed being under threat, the study found.
The authors said that the lack of data on reptiles and their habitats had restricted conservation efforts, although they noted that many of the measures put in place to protect mammals, birds and amphibians would protect reptiles, too.
The researchers applied the criteria of the International Union for Conservation of Nature’s Red List of Threatened Species to 10,196 species of reptile. The team found that 1,829 (21%) of species were threatened with extinction (categorized as being vulnerable, endangered or critically endangered in the IUCN criteria).
Widespread and high-profile species such as the king cobra were under threat, the survey revealed.
“It was suspected that it might be in decline, but without the global reptile assessment we wouldn’t have known it’s actually vulnerable,” said coauthor Neil Cox, manager of the Biodiversity Assessment Unit, a joint initiative of IUCN and Conservation International in Washington, DC.
Delegations from the world’s governments are expected to meet in Kunming, China, later this year to agree on a new biodiversity action plan.
However, the Conference of the Parties to the Convention on Biological Diversity (COP 15) has been delayed several times, and China has yet to set a date. Nature and conservation organizations say it’s a once-in-a-decade opportunity to reset our relationship with nature and reverse biodiversity loss.
This article was originally published by Cnn.com. Read the original article here.
Share on Facebook
Share on Twitter
Share on Pinterest
Share on LinkedIn

Trans-auricular VNS ‘Very Clever’ for Parkinson’s Disease
What to Expect at This Year’s American Academy of Ophthalmology Meeting
iPhone Thermal Camera: Handy Method to Monitor Hand Hygiene
Do Face Masks Need To Come Back With Fall COVID Surge Predicted?
Next launch attempt of Artemis I set, but could delay due to tropical depression