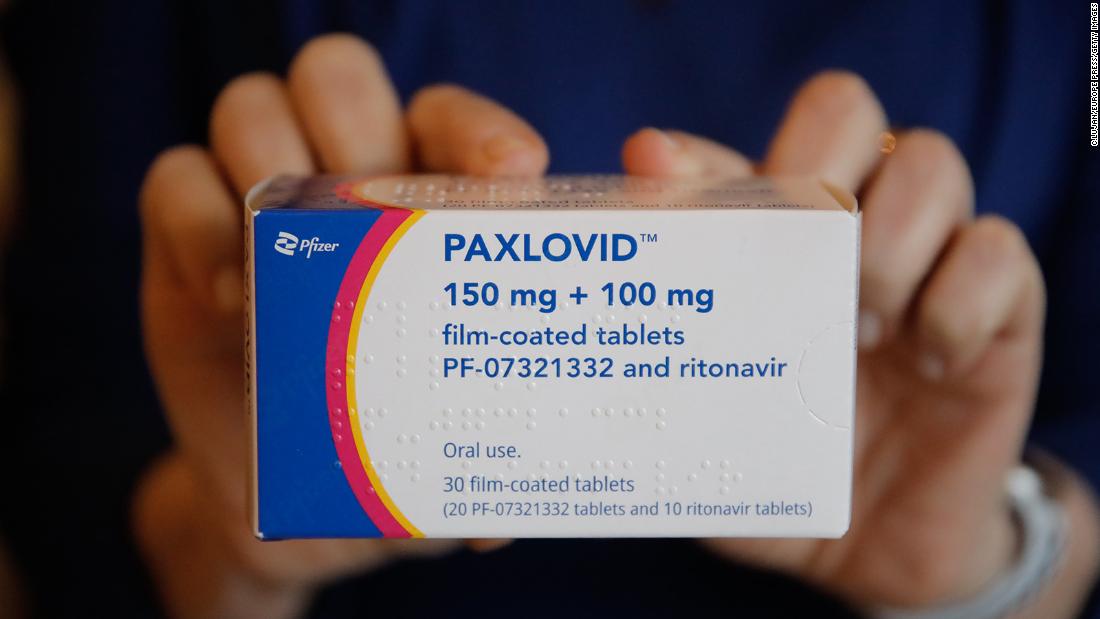 Health, Fitness & Food
Share on Facebook
Share on Twitter
Share on Pinterest
Share on LinkedIn
“Right now, with people not using prevention measures and with vaccinations not increasing as fast as we would like and not enough people being boosted, the ability to treat people at high risk of ending up in the hospital or of dying is our really our best potential tool for reducing the impact of infection,” said Dr. Andrew Pavia, an epidemiologist and infectious disease doctor with the University of Utah.
But the federal government hasn’t shared any details about who is getting prescribed Paxlovid, leaving some experts concerned that as Covid-19 continues to spread, those who are still at higher risk may not have equal access to this next line of defense.
“We know that this pandemic has highlighted all of the disparities in our health-care system — all the inequities — and there’s every reason to think that access to this drug will be just like other issues with this pandemic,” said Pavia, who is also a member of the National Institutes of Health’s Covid-19 Treatment Guidelines Panel.
“I think it’s very important that we know how Paxlovid is being used and whether it’s reaching all groups that need it equally.”

Collecting demographic data in health care is always useful with a broader goal of making the system more equitable, experts say.
“I think we’ll most likely find disparities if we look under the hood, like we found with the vaccine,” said Steve Grapentine, a pediatric infectious disease pharmacist with the University of California, San Francisco and a member of the NIH panel.
“The only way we’re going to make improvements and actually monitor progression to any interventions we make would be to measure it,” he said.
And there are a few barriers inherent to Paxlovid that make this information especially important in this case, experts say.
Paxlovid works best when used within a few days of symptoms beginning, but it requires a prescription, and it’s harder for some people to reach a health care provider in a timely manner. Also, Paxlovid can have negative interactions with other drugs and more complex prescribing guidelines that may be challenging for physicians to become familiar with and that may affect how they prescribe it.
“It’s quite likely that there will be disparities in Paxlovid use based on where people live and their income and their race. But we need, I think, to have visibility,” Pavia said.
The US Department of Health and Human Services recently updated a website on Covid-19 therapeutics to tally the number of courses ordered and the number administered.
As of Thursday, about 831,000 courses of Paxlovid had been administered — out of the nearly 2.5 million that had been ordered since the treatment was authorized for emergency use in mid-December.
A closer look shows that some states (including Nevada, Washington and New York) have administered a much larger share of their supply than others (including South Dakota, Mississippi and Alabama).
But there is no broad demographic data on who is being prescribed Paxlovid beyond state-level totals — at least none that has been shared publicly.
In a fact sheet published Thursday, the White House said that the administration has “called on all sites dispensing oral antivirals to collect robust demographic data on individuals receiving prescriptions for COVID-19 therapeutics.”
“We are working with our pharmacy partners and health care providers to better understand who is receiving these treatments,” an HHS spokesperson told CNN. “This demographic data will improve our ability to identify — in real time — any gaps in access and work to promptly alleviate those gaps.”
Large pharmacy retailers were integral in sharing information about vaccine uptake early in the rollout last year, and CNN reached out to both CVS and Walgreens to see if there were similar efforts underway to track Paxlovid uptake. CVS said it’s “committed to providing federal officials the demographic data they’ve requested” but would not share any more details, and Walgreens said they’re in the “early stages” of collecting information based on a “recent request from the federal government.”
Black, Hispanic and American Indian people have been at least twice as likely to be hospitalized with Covid-19 than white people throughout the pandemic, but it’s unclear whether people in those groups are actually able to get a treatment that can cut that risk by nearly 90%.
In recent months, case rates among Asian people have been higher than any other racial or ethnic group for the first time in the pandemic, according to data from the US Centers for Disease Control and Prevention. But there’s no evidence that this treatment is being surged to those communities.
The goal is to be able to correlate disease activity with “a corresponding increase in prescriptions, if we’re doing what we need to do to prevent people from ending up in the hospital,” Pavia said. “But you actually have to know where the drug was dispensed relative to when the disease was out there to be able to look at that.”

States are required to report to the federal government how much product they have in inventory and how much is dispensed, but any demographic details the government has are only anecdotal at this time, according to a senior Biden administration health official.
The official said the government has been working with states to make sure the treatment is getting to the intended populations. But CNN reached out to the health departments of all 50 states to see if they had more demographic details about who is being prescribed Paxlovid; more than half replied, but none of them had that information, either.
Some state health departments referenced local efforts to get Paxlovid to providers in underserved areas, and some suggested contacting providers directly for more detailed information about who is getting the drug.
The California Department of Public Health specifically noted that although there is “a wealth of demographic and geographic information about who is receiving Covid-19 vaccines in the state,” the same is not true for treatments.
Indeed, states had immunization databases set up long before the pandemic that allowed for centralized reporting of Covid-19 vaccinations. But there is no similar registry for prescription medications, leaving private databases, scattered across providers, as the only option for collecting information about who is getting Paxlovid.
The Minnesota Department of Health shared that it’s working with the state’s Electronic Health Record Consortium to begin gathering some of this information but that any findings would be “months away from becoming reality.”
With expanding supply and the launch of the Biden administration’s test-to-treat initiative, the federal government has touted the fact that about 9 out of 10 people in the US live within 5 miles of a site that is actively dispensing antivirals such as Paxlovid to treat Covid-19. Another HHS website maps thousands of locations where Covid-19 treatments are available.
A new analysis by GoodRx, a company that tracks drug prices, found that distribution of Paxlovid has varied across the country, with some counties receiving no doses and others receiving more than enough to treat all recently reported Covid-19 cases. While rural counties have suffered, distribution based on a county’s racial and ethnic makeup, poverty rate and other sociodemographic factors has been more equitable, the analysis found.
But knowing where the drugs are distributed can give only a rough sense of whom they’re going to, experts say.
“That doesn’t tell you that it was dispensed, doesn’t tell you how it got to patients and which patients it got to,” Pavia said. Anonymized personal data can show “not just where the drugs stand on shelves or where the drug got into bloodstreams when it was needed.”
Some work has been done to track antibiotic misuse and opioid prescriptions in this way, but experts say there is still a lot of opportunity.
“We need more robust infrastructure and data systems throughout electronic health records” that allows for a “more routine assessment of these types of issues,” Grapentine said.
“I don’t know that we know all the right interventions to eliminate disparities, but at least if we have the data, we can see progress in those interventions and to get where our end goal should be, which is to eliminate disparities in health care.”
This article was originally published by Cnn.com. Read the original article here.
Share on Facebook
Share on Twitter
Share on Pinterest
Share on LinkedIn

Findings Explain Exceptional Auditory Abilities In Williams-Beuren Syndrome
Vaccinating mothers during pregnancy may be an effective strategy to boost COVID antibodies in infants
Not Just a Bad Dream: Nightmares May Predict Dementia
Dogs can detect changes in breath and sweat produced in response to stress
Trans-auricular VNS ‘Very Clever’ for Parkinson’s Disease