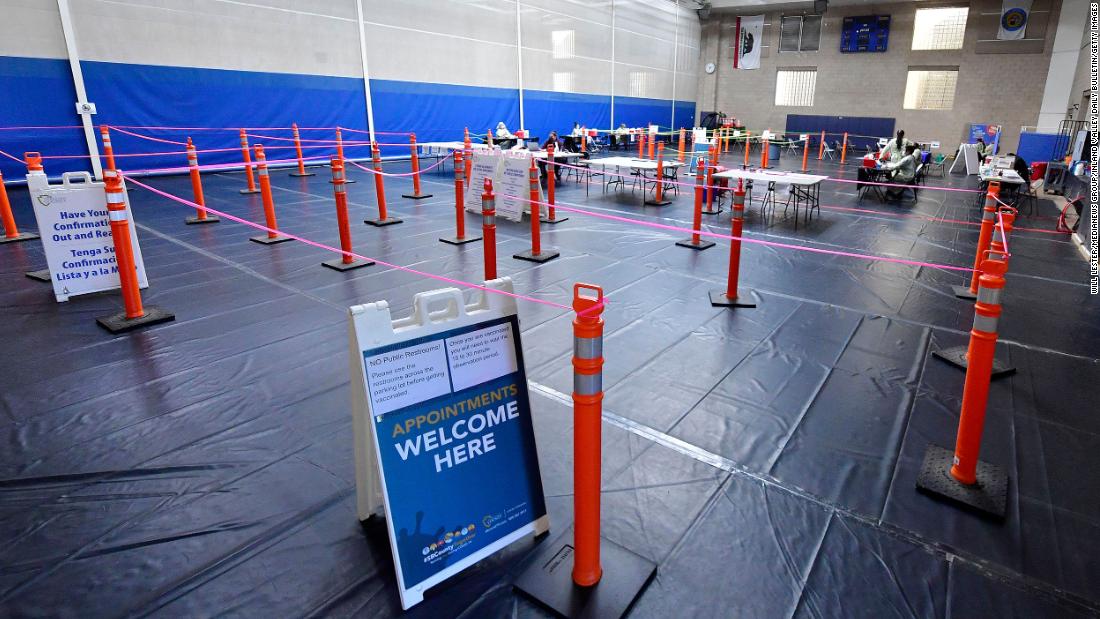 Health, Fitness & Food
Share on Facebook
Share on Twitter
Share on Pinterest
Share on LinkedIn
Some testing sites have been open for almost two years, many seeing hundreds or even thousands of people a day. Now, home tests are more readily available, and demand for testing sites is falling.
Sarah Henderson, director of the Public Health Services Division of the Haywood County Health and Human Services Agency in North Carolina, says most states will see closures soon, if they haven’t already.
“We were seeing an excess of 100 patients at our testing site in the first few days [of January], which doesn’t sound like a lot, but our community is very small,” Henderson said. “The last couple of weeks, we have seen single digits every day. I certainly won’t speak for other counties, but I think we’re probably heading in that direction where if they’re not closing down, they’re decreasing hours and staff.”
Henderson cited the difficulty of keeping sites staffed as a big part of the decision. Federal funding for Covid-19 has been depleted, leaving many states with no money to keep their testing sites running. Many are operated through a third party, such as Quest Diagnostics or Nomi Health. They provide staff and the means to conduct free on-site tests.
However, with federal money running out, these sites are becoming very expensive for the states who are responsible for them.
Palm Beach County, Florida, Mayor Robert Weinroth spoke about closures in his county on Twitter in mid-March, announcing that with federal funding “exhausted,” all noncommercial facilities will close.
States across the US, including Texas, Delaware, Washington and Massachusetts, are also closing sites. In January, the Delaware Health and Social Services announced on Twitter that all state service center testing is canceled, and multiple testing sites are closed. Texas closed its Pflugerville site in March after it was open for less than two months.
Henderson believes home tests also play a part in the closures across the country. As home testing becomes more popular and with the government offering hundreds of millions of free tests through the US Postal Service, the number of people utilizing on-site testing has decreased.
“We’re also in a different place where a lot of the employers and your school systems who were initially requiring tests from a provider are now accepting those home tests, which is good for everybody involved because it doesn’t put unnecessary strain on the health care system, either,” Henderson said.
She says Americans should be “cautiously optimistic” about the future, as this is not the first time the country has attempted to get ahead of the pandemic. Testing sites began closing in the spring of 2021, when numbers started falling. However, many were forced to reopen as case numbers rose significantly because of the Delta variant.
“In public health, we’re excited to get back to some sort of normalcy, whatever the new normal may be. But we watched those numbers. We also realize that while test positivity rate is down, we also think about how many people are actually testing,” Henderson said. “So we also worry that there’s a higher positivity rate out there that we just can’t put our finger on.”
Speaking on CNN’s “New Day” on Monday, White House Covid-19 Response Coordinator Dr. Ashish Jha said “one of the costs” of home tests is that there may not be as clear a picture of the number of infections.
Asked by CNN’s John Berman about whether the country is getting an accurate look at cases and whether the case load could be much higher, Jha first said that he was a “huge fan” of home tests and that he thinks it’s great that people have testing at home.
“This is why it’s really important to also look at hospitalizations,” he said. “If we were to see a huge spike in cases, we’d also see that eventually trickle into hospitalizations. We’re not seeing that; hospitalizations right now are at the lowest level since March of 2020. That’s good news.
“So, no doubt home tests means we miss some cases, but that said, I think we’ve got other metrics we’re tracking, as well.”

The importance of testing

But will closing testing sites have troubling consequences? The message from public health experts is clear: While the end of the pandemic appears to draw closer, victory is not guaranteed.
Mara Aspinall is the managing director of the Health Catalysts Group, which provides data and analytics to health care organizations in order to improve the quality of care for patients. She thinks education is the key to preventing another dire situation like when the Omicron variant caused a huge spike in hospitalizations.
“We have to be doing education, because some states are closing sites because nobody’s showing up for testing. So it’s not closing the site that’s the issue,” Aspinall said. “It’s the fact that we need to educate people on the importance of testing. Testing is only one aspect of the bigger issue, which is encouraging testing for essential workers, for people working and interacting with the vulnerable, elderly and the unvaccinated.”
Testing matters now more than ever. Although the Omicron coronavirus variant is 59% less likely to lead to hospital admissions than the previous Delta variant, its subvariant BA.2 accounts for more than 72% of cases in the US. With 13 states reporting cases trending upward, many public health officials are worried about what’s just over the horizon.
It’s almost impossible to get an accurate look at where things stand without a thorough testing program.
“I think it will leave us to repeat the mistakes that we made such a short time ago, which is underestimate the virus,” Aspinall said. “Yeah, we all desperately want this to be over, but prematurely … saying it’s over and stopping funding for testing and for treatment is destined to be a problem. I think we have to hope for the best but prepare for the worst.”
A Health Catalysts Group newsletter that tracks Covid testing says it has been only 100 days since every state recorded its first Omicron case. “It feels like we have been to hell and back,” the newsletter says.
The ever-changing nature of the virus is why many sites that are now closing are prepared to reopen if needed.
“The hardest part is getting [a testing site] started,” Henderson said. “You know, it’s finding a vendor that that can meet the needs of our community, it’s finding the employees you know that can staff that testing site. So building that initial relationship is kind of over and done now. So yeah, I think that it would be very easy for us to reopen our site if we needed to.”

Where to get tested

Even as some sites close, tests are still widely available.

Commercial testing locations are still, for the most part, open. Places including CVS Pharmacy and Walgreens are offering free Covid tests. Health centers also provide testing, and you can find those locations and more at the US Department of Health and Human Service’s website.