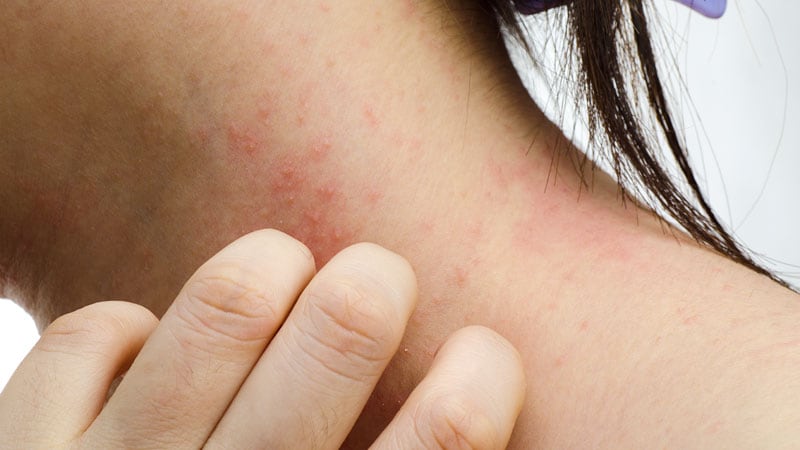 When performing the repeated open application test (ROAT) for allergic dermatitis, a minimum 10-day application period is needed to be confident that a positive result will be detected, according to a new prospective study out of France.

Researchers found that nearly all positive results appear within that time frame, which is shorter than the 15 days currently recommended by the European Society of Clinical Dermatology.

“Our study shows that a minimum of 10 days is necessary and probably sufficient to achieve a positive ROAT,” the authors write in the study published online April 5 in Contact Dermatitis.

ROAT seeks to mimic repeated exposure by applying potential allergens twice per day for up to 2 weeks, though sometimes as long as 4 weeks in cases of high levels of suspicion. This is because the test can give a negative result after 1-2 weeks despite the existence of a contact allergy. However, extended periods of testing can be difficult for patients. It can involve more office visits to apply the allergen, and patients may be uncomfortable with the test itself or the need to interrupt antihistamine or other treatments.

Still, “missing potentially 10% of positive results takes away from somebody who’s really trying to put a lot of effort into figuring out something, because by the time someone reaches the point where they’re doing this test, they’ve already got a really frustrating and recurrent rash,” said Sonya Kenkare, MD, who was not involved with the French study but provided independent comment on it for Medscape Medical News. Kenkare is an assistant professor of dermatology at Rush University in Chicago.

The researchers collected 328 ROAT results from 21 dermatologists. Individual dermatologists did a range of 3 to 95 ROAT tests, with a median of 10. A total of 60% of ROAT cases were performed after a patch test; 18% of tests were positive, 5% were doubtful, and 77% were negative. The median time to a positive test result was 3 days overall, and 2 days for ROAT tests done without a previous patch test.

Most (86%) of the positive tests appeared within 5 days, 91.5% within 7 days, and all appeared with 10 days. The authors point out that clinicians often call for a ROAT test period of 5-7 days, but the study suggests this could lead to missing 8.5%-14% of positive results. “Our study shows that a minimum of 10 days is necessary and probably sufficient to achieve a positive ROAT,” the authors write.

The results were convincing to Kenkare. “For a patient who’s really desperate or has had a really bad case of contact dermatitis, I would tell them that they should expect to do the test for up to 10 days,” she said. Still, if a patient had a positive result within 7 days, she said she would consider ending the test earlier with continued monitoring “in a patient whom I trust and is otherwise motivated,” she said.

The reduction from 2 weeks to 10 days may increase patient compliance. The authors noted they had difficulty collecting the results because many patients did not complete the procedure or truncated it. “That is a very, very frequent experience, because compliance is an issue,” said Kenkare.

The authors of the study reported a similar experience. “We faced difficulties in collecting the results. Many patients did not communicate the results unless they were recalled, did not comply with the recommended procedure, shortened the test, or did not perform it,” they write.

Kenkare and the study authors have disclosed no relevant financial relationships.

Jim Kling is a science and medical writer in Bellingham, Washington.