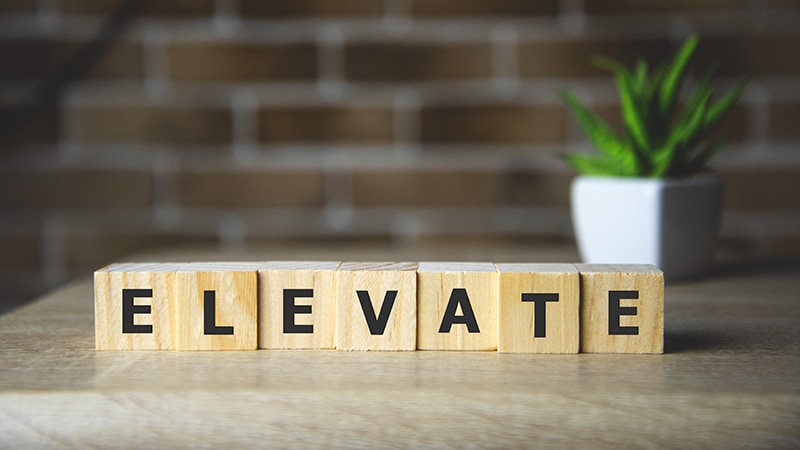 US clinicians caring for people with diabetes should take a more aggressive approach to using combined medical treatments proven to slow the otherwise relentless progression of chronic kidney disease (CKD), according to a new joint statement by the American Diabetes Association (ADA) and a major international nephrology organization presented during the American Diabetes Association (ADA) 82nd Scientific Sessions.

The statement elevates treatment with an agent from the sodium-glucose cotransporter 2 (SGLT2) inhibitor class to first-line for people with diabetes and laboratory-based evidence of advancing CKD. It also re-emphasizes the key role of concurrent first-line treatment with a renin-angiotensin system inhibitor (an angiotensin-converting enzyme inhibitor or angiotensin-receptor blocker), metformin, and a statin.

The new statement also urges clinicians to rapidly add treatment with the new nonsteroidal mineralocorticoid receptor antagonist finerenone (Kerendia) for further renal protection in the many patients suitable for treatment with this agent, and it recommends the second-line addition of a glucagon-like peptide-1 (GLP-1) receptor agonist as the best add-on for any patient who needs additional glycemic control on top of metformin and an SGLT2 inhibitor.

The consensus joint statement with these updates came from a nine-member writing group assembled by the ADA and the Kidney Disease: Improving Global Outcomes (KDIGO) organization.

“We’re going to try to make this feasible. We have to; I don’t think we have a choice,” commented Amy K. Mottl, MD, a nephrologist at the University of North Carolina in Chapel Hill. Mottl was not involved with writing the consensus statement but has been active in the Diabetic Kidney Disease Collaborative of the American Society of Nephrology, another group promoting a more aggressive multidrug-class approach to treating CKD in people with diabetes.

Wider Use of Costly Drugs

Adoption of this evidence-based approach by US clinicians will both increase the number of agents that many patients receive and drive a significant uptick in the cost and complexity of patient care, a consequence acknowledged by the authors of the joint statement as well as outside experts.

But they view this as unavoidable given what’s now known about the high incidence of worsening CKD in patients with diabetes and the types of interventions proven to blunt this.

Much of the financial implication stems from the price of agents from the new drug classes now emphasized in the consensus recommendations — SGLT2 inhibitors, finerenone, and GLP-1 receptor agonists. All these drugs currently remain on-patent with relatively expensive retail prices in the range of about $600 to $1000/month.

Commenting on the cost concerns, Mottl highlighted that she currently has several patients in her practice on agents from two or more of these newer classes and she has generally found it possible for patients to get much of their expenses covered by insurers and through drug-company assistance programs.

“The major gap is patients on Medicare,” she noted in an interview, because the Federal health insurance program does not allow beneficiaries to receive rebates for their drug costs. The Diabetic Kidney Disease Collaborative is currently lobbying members of Congress to lift that barrier,” she emphasized.

Details of the KDIGO recommendations feature in a guideline from that organization that appeared as a draft document online in March 2022. The ADA’s version recently appeared as an update to its Standards of Medical Care in Diabetes — 2022, as reported by Medscape Medical News. A panel of five KDIGO representatives and four members appointed by the ADA produced the harmonization statement.

Recommendations from both organizations were largely in agreement at the outset, but following the panel’s review, the two groups are now “very well-aligned,” said Peter Rossing, MD, DMSc, a diabetologist and professor at the Steno Diabetes Center in Copenhagen, Denmark, and a KDIGO representative to the writing committee, who presented the joint statement at the ADA meeting.

“These are very important drugs that are vastly underused,” commented Josef Coresh, MD, PhD, an epidemiologist and professor at Johns Hopkins Bloomberg School of Public Health, in Baltimore, Maryland, who specializes in CKD and was not involved with the new statement.

“Coherence and simplicity are what we need so that there are no excuses about moving forward” with the recommended combination treatment, he stressed.

“No one is resisting using these new medications, but they are just moving too slowly, and data now show that it’s moving more slowly in the United States than elsewhere. That may be partly because US patients are charged much more for these drugs, and partly because US healthcare is so much more fragmented,” Coresh said in an interview.

The new joint consensus statement may help, “but the fragmentation of the US system and COVID-19 are big enemies” for any short-term increased use of the highlighted agents, he added.

Evidence for low US use of SGLT2 inhibitors, finerenone, and GLP-1 receptor agonists is becoming well-known.

Rossing cited a 2019 report from the CURE-CKD registry of more than 600,000 US patients with CKD showing that less than 1% received an SGLT2 inhibitor and less than 1% a GLP-1 receptor agonist. Not all these patients had diabetes, but a subgroup analysis of those with diabetes, prediabetes, or hypertension showed that usage of each of these two classes remained at less than 1% even in this group.

A separate report at the ADA meeting documented that of more than 1.3 million people with type 2 diabetes in the US Veterans Affairs Healthcare System during 2019 and 2020 just 10% received an SGLT2 inhibitor and 7% a GLP-1 receptor agonist. And this is in a setting where drug cost is not a limiting factor.

In addition to focusing on the updated scheme for drug intervention in the consensus statement, Rossing highlighted several other important points that the writing committee emphasized.

Lifestyle optimization is a core first-line element of managing patients with diabetes and CKD, including a healthy diet, exercise, smoking cessation, and weight control. Other key steps for management include optimization of blood pressure, glucose, and lipids. The statement also calls out a potentially helpful role for continuous glucose monitoring in patients with type 1 or type 2 diabetes and CKD.

The statement notes that patients who also have atherosclerotic cardiovascular disease usually qualify for and could potentially benefit from more intensified lipid management with ezetimibe or a PCSK9 (proprotein convertase subtilisin/kexin type 9) inhibitor, as well as a potential role for treatment with antiplatelet agents.

“If You Don‘t Screen, You Won‘t Find It”

Rossing also stressed the importance of regular screening for the onset of advanced CKD in patients. Patients whose estimated glomerular filtration rate (eGFR) drops below 60 mL/min/1.73m2 as well as those who develop microalbuminuria with a urinary albumin-to-creatinine ratio of at least 30 mg/g (30 mg/mmol) have a stage of CKD that warrants the drug interventions he outlined.

Guidelines from both the ADA and KDIGO were already in place recommending annual screening of patients with diabetes for both these parameters starting at diagnosis of type 2 diabetes or 5 years following initial diagnosis of type 1 diabetes.

“If you don’t screen, you won’t find it, and you won’t be able to treat,” Rossing warned. He also highlighted the panel’s recommendation to treat these patients with an SGLT2 inhibitor as long as their eGFR is at least 20 mL/min/1.73m2. Treatment can then continue even when their eGFR drops lower.

Starting treatment with finerenone requires that patients have a normal level of serum potassium, he emphasized.

One reason for developing the new ADA and KDIGO statement is that “discrepancies in clinical practice guideline recommendations from various professional organizations add to confusion that impedes understanding of best practices,” write Katherine R. Tuttle, MD, and associates in a recent commentary.

The goal of the new statement is to harmonize and promote the shared recommendations of the two organizations, added Tuttle, who is executive director for research at Providence Healthcare in Spokane, Washington, and a KDIGO representative on the statement writing panel.

Mitchel L. Zoler is a reporter for Medscape and MDedge based in the Philadelphia area. @mitchelzoler

New Gym Culture And Shocking Rise Of Body Dysmorphia
The power of patience: why taking your time is key for personal growth
After promising data, experts say many questions remain over an experimental Alzheimer’s drug
New treatment for Waldenstrom’s macroglobulinaemia in England
Your guide to finding the right Theragun massage gun for you