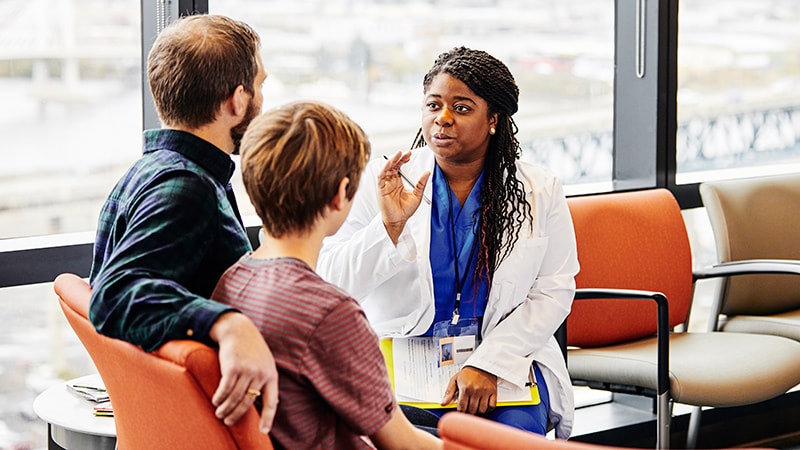 Caregivers who brought suicidal adolescents to the emergency department reported safer gun storage practices after firearm counseling ― a crucial way to cut gun deaths among children, according to researchers from Cincinnati Children’s Hospital.

In the study, which took place between June 2021 and Feb 2022, gun safety counseling and handouts were provided to 99 families of children who had come to the emergency department with mental health problems. A separate set of 101 families in similar situations received counseling and handouts, along with two cable-style gun locks.

Four weeks later, parents in both groups reported an increase in safe storage practices in which they locked away all guns in the household. Those offered only counseling increased safe storage by 7.2% ― from 89.9% to 97.1%.

The gains were greater for families that received locks in addition to counseling. The number of those who locked away all guns rose from 82.2% to 98.5% ― a 16.3% increase. (Roughly one third of families in both arms of the study were lost to follow-up, according to the researchers, which left 68 families in each group for analysis.)

Several caregivers in each group reported that guns had been removed entirely from the home, and more than 60% in each group said they had bought additional gun locks to secure their weapons.

“The main point of our study is that just-in-time counseling is very effective in helping these families of children with mental health concerns in securing all their guns, and an emergency department visit is a great time to do that,” said Bijan Ketabchi, MD, a clinical fellow in the Division of Emergency Medicine at Cincinnati Children’s Hospital Medical Center, who presented the findings April 25 at the Pediatric Academic Societies (PAS) 2022 Meeting, in Denver.

Ketabchi said his department sees 500 to 700 children each month with mental health concerns, most commonly depression. The mean age of adolescent patients in the study was 14 years.

Suicide is the second leading cause of death among children in the United States. Both pediatric suicides and firearm suicides have increased in the past two decades, Ketabchi said. The number of youth suicides who use guns has risen 90% since 2008. One in three US families own a firearm, and 4.6 million children live in a home with loaded, unlocked guns, he said.

Among children aged 17 years and younger who die by firearm suicide, 82% used guns belonging to a family member.

The Right Time for the Message

Interventions to encourage safe gun storage ― at a time when caregivers are really listening ― can be lifesaving, Ketabchi said.

“We know that counseling is really helpful for these families, because when they come to the emergency department with a concern, they can have a teachable moment,” he told Medscape Medical News. “It resonates with them a lot more than it normally would because they have experienced something traumatic.”

The importance of safe gun storage in households with adolescents can’t be overstated, even if the children are not at risk of suicide, said Naoka Carey, a doctoral candidate at Boston College’s Lynch School of Education and Human Development.

Carey authored an article on the prevalence of handguns among adolescents that will be published in May in Pediatrics.

“Three kinds of harm for adolescents with access to guns are accidental injury, homicide, and suicide,” she said. “Families who own guns don’t always know their teens have access to the guns.”

The problem is getting worse. Carey and her colleagues found that between 2002 and 2019, the rate of children aged 12–17 who reported carrying handguns increased 41%. Most of them were Whites, and their families were in high-income brackets. New data show that firearm injuries have become the leading cause of death among youth in the United States, eclipsing auto accidents for the first time.

“Preventing tragedy in your family is more than reason enough to secure guns you have,” she said.

Lindsay Kalter is a health freelance journalist who has held positions with Politico, the Boston Herald, and the American Heart Association. Aside from WebMD and Medscape, her work has appeared in The Washington Post, Boston Globe Magazine, and Business Insider.

Vaccinating mothers during pregnancy may be an effective strategy to boost COVID antibodies in infants
Eating Disorders: Types, Symptoms, And How They Affect Mental Health
Empty nest syndrome: how to unruffle your feathers and spread your wings
How keeping active during cancer treatment has helped Mary and Keith
2 takeaways from our daily meeting: What’s behind the bounce and Club stocks in the news