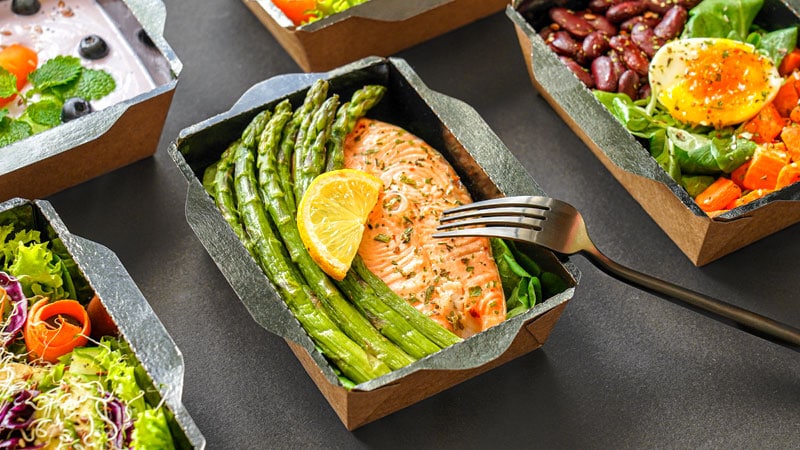 Not so fast! Daily fasting with calorie restriction may not lead to shedding more pounds than just cutting back on calories, according to the authors of a new study.

Over the course of a year, study participants who ate only from 8:00 a.m. to 4:00 p.m. did not lose significantly more weight than individuals who ate whenever they wanted, nor did they achieve significantly greater improvements in other obesity-related health measures like body mass index (BMI) or metabolic risk, reported lead author Deying Liu, MD, of Nanfang Hospital, Southern Medical University, Guangzhou, China, and colleagues.

“[Daily fasting] has gained popularity because it is a weight-loss strategy that is simple to follow, which may enhance adherence,” Liu and colleagues wrote in the New England Journal of Medicine. However, “the long-term efficacy and safety of time-restricted eating as a weight-loss strategy are still uncertain, and the long-term effects on weight loss of time-restricted eating as compared with daily calorie restriction alone have not been fully explored.”

To learn more, Liu and colleagues recruited 139 adult patients with BMIs between 28 and 45. Individuals with serious medical conditions, such as malignant tumors, diabetes, chronic kidney disease, and others were excluded. Other exclusion criteria included smoking, ongoing participation in a weight-loss program, GI surgery within the prior year, use of medications that impact energy balance and weight, and planned or current pregnancy.

Caloric Intake Restriction Seems to Explain Most of Beneficial Effects

At one-year follow-up, 118 participants (84.9%) remained in the study. Although members of the fasting group lost slightly more weight on average than those in the non-fasting group (mean, 8.0 kg vs. 6.3 kg), the difference between groups was not statistically significant (95% confidence interval, −4.0 to 0.4; P = .11).

Most of the other obesity-related health measures also trended toward favoring the fasting group, but again, none of these improvements was statistically significant. Weight circumference at 1 year, for example, decreased by a mean of 9.4 cm in the fasting group versus 8.8 cm in the nonfasting group, a net difference of 1.8 cm (95% CI, –4.0 to 0.5).

“We found that the two weight-loss regimens that we evaluated had similar success in patients with obesity, regardless of whether they reduced their calorie consumption through time-restricted eating or through calorie restriction alone,” Liu and colleagues concluded.

Principal investigator Huijie Zhang, MD, PhD, professor, chief physician, and deputy director of the department of endocrinology and metabolism at Nafang Hospital, noted that their findings are “consistent with the findings in previous studies.”

“Our data suggest that caloric intake restriction explained most of the beneficial effects of a time-restricted eating regimen,” Zhang said.

Still, Zhang called time-restricted eating “a viable and sustainable approach for a person who wants to lose weight.”

More work is needed, Zhang said, to uncover the impact of fasting in “diverse groups,” including patients with chronic disease like diabetes and cardiovascular disease. Investigators should also conduct studies to compare outcomes between men and women, and evaluate the effects of other fasting durations.

Can Trial Be Applied to a Wider Population?

According to Blandine Laferrère, MD, PhD, and Satchidananda Panda, PhD, of Columbia University Irving Medical Center, New York, and the Salk Institute for Biological Studies, La Jolla, Calif., respectively, “the results of the trial suggest that calorie restriction combined with time restriction, when delivered with intensive coaching and monitoring, is an approach that is as safe, sustainable, and effective for weight loss as calorie restriction alone.”

Yet Laferrère and Panda also expressed skepticism about broader implementation of a similar regime.

“The applicability of this trial to wider populations is debatable,” they wrote in an accompanying editorial. “The short time period for eating at baseline may be specific to the population studied, since investigators outside China have reported longer time windows. The rigorous coaching and monitoring by trial staff also leaves open the question of whether time-restricted eating is easier to adhere to than intentional calorie restriction. Such cost-benefit analyses are important for the assessment of the scalability of a lifestyle intervention.”

Kristina Varady, PhD, professor of nutrition in the department of kinesiology and nutrition at the University of Illinois at Chicago, said the “key strength” of the trial was its duration, at 12 months, making it the longest time-restricted eating trial to date”; however, she was critical of the design.

“Quite frankly, I’m surprised this study got into such a high-caliber medical journal,” Varady said in a written comment. “It doesn’t even have a control group! It goes to show how popular these diets are and how much people want to know about them.”

“The main benefit of time-restricted eating is that you don’t need to count calories in order to lose weight,” Varady said, citing two of her own studies from 2018 and 2020. “Just by limiting the eating window to 8 hours per day, people naturally cut out 300-500 calories per day. That’s why people like [time-restricted eating] so much.”

Varady was also “very surprised” at the adherence data. At 1 year, approximately 85% of the patients were still following the protocol, a notably higher rate than most dietary intervention studies, which typically report adherence rates of 50-60%, she said. The high adherence rate was particularly unexpected because of the 8:00 a.m.–4:00 p.m. eating window, Varady added, since that meant skipping “the family/social meal every evening over 1 whole year!”

The study was funded by the National Key Research and Development Project and others. The study investigators reported no conflicts of interest. Varady disclosed author fees from the Hachette Book group for her book “The Every Other Day Diet.”