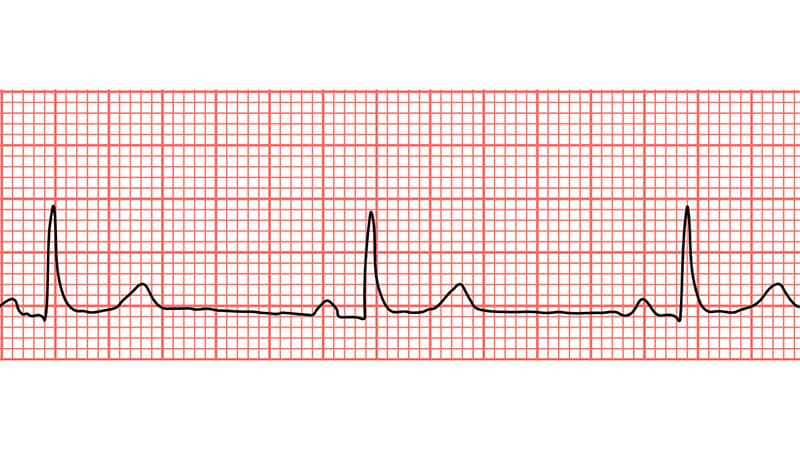 In the largest multicenter study to date on left bundle-branch area pacing (LBBAP), the technique was shown to be feasible as a primary pacing technique for treating bradyarrhythmias and heart failure. However, there is still a need for greater experience and better devices to improve success rates and safety for the heart failure indication.

MELOS enrolled 2533 patients (87% prospectively) at 14 European centers with one to four operators at each center. The mean age of the patients was 73.9 years, 57.6% were female, 27.5% had heart failure, and 22.4% had left bundle-branch block. Two previous large studies, one in China and the other in the United States, involved only about 600 and 300 patients, respectively.

LBBAP takes extensive experience to master, Jastrzębski observed. The success rate learning curve begins at just under 80%, rises to just over 90% after an operator has performed 150 procedures, and reaches a plateau after about 200 to 250 interventions.

In MELOS, the overall success rate when treating bradyarrhythmias was 91.6%, and for heart failure 76.8%. Predictors of LBBAP failure were a broad baseline QRS complex, depressed left ventricular ejection fraction, and heart failure.

“So it seems that the patients who potentially could benefit most from this technique are also the most difficult to implant,” Jastrzębski said. “On the other side, the capture thresholds that we achieved, the sensing parameters, and other basic pacing parameters were excellent…which tells us about the activation of the lateral wall of the left ventricle [and] pointed to a very physiological activation of left ventricle.”

Perforating the septum from the right side to the left presents a potential to do harm, “and the fair assessment of complications was very important for us. And in contrast to previous studies, we managed to identify a wide spectrum of complications,” Jastrzębski said.

Total LBBAP lead-related complications were seen in 8.2% of patients, with most resolving without long-lasting sequelae, he said.

Jastrzębski pointed out that operators are fearful of causing intraventricular perforation, and that acute perforation occurred in almost 4% of the patients. He called it more of a dislodgement issue needing quick repositioning rather than a complication. “However, the dreaded delayed perforation…was seen in two patients, very extremely rare, but it was there in two patients per 2500 cases. Importantly, we did not observe strokes in these two cases.”

Showing a photo of the armless statute of Venus de Milo, Jastrzębski said, “I think the picture of left bundle branch area pacing is more complete. However, without several randomized trials, it is not fully complete, like the statue of Venus of Milos. However, despite this, I believe that it already shows a beauty — a promising technique that is nearly ready for prime time to serve our patients.”

The first is the anatomical challenges in performing LBBAP in a consistent manner to produce consistent electrical outcomes, he said. Large variability in recording potentials and inconsistency in achieving capture of a given branch of the left bundle may result from anatomical variations in the three-dimensional architecture of the conduction system. But another explanation, Auricchio said, may be “that the radiological landmarks that we are using to locate that area are imperfect.”

The second consideration Auricchio raised is that the overall success rate was “less than ideal,” compounded by a learning curve of at least 150 cases to become proficient. Particularly for the heart failure indication, the 76.8% success rate “is still far from what we know today in CRT [cardiac resynchronization therapy], which is about 95 to 99%,” he noted, highlighting a need for more training, better tools, “but more importantly for more consistency, experience across centers.”

The third concern was the complication rate of 8.2% despite the MELOS investigators’ significant experience in left bundle area pacing, which is “at least two, three, or even four times higher compared to the most recent meta-analysis of study of conduction system pacing,” he said. Further, some of the complications had never before been observed with conventional pacing, such as septal perforation, acute ST elevation, and coronary fistula, which emphasizes “the importance for conducting this kind of registry.”

Auricchio foresees that with an increasing number of companies now involved in conduction system pacing, in a few years the field will have better devices and possibly cardiac imaging systems to support left bundle area pacing that should lead to safer, more effective, and more predictable outcomes.

Models Stratify Hysterectomy Risk With Benign Conditions
Data Show Lebrikizumab Atopic Dermatitis Effects Maintained
Women Doctors More Likely to Be Called By First Name in Patient Portal Messages
What I Wish I Knew Before I Became a Doctor
Do Vegans Outlive Non-Vegetarians? Here’s What Studies Have To Say