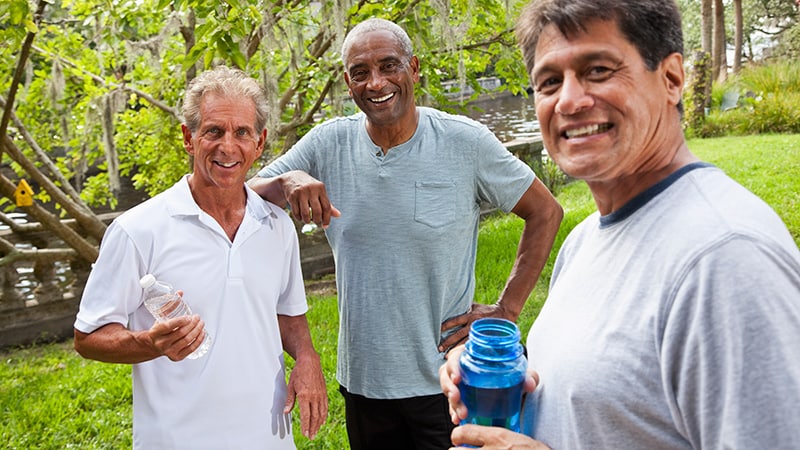 The number of men with prostate cancer who opted for active surveillance (AS)   doubled nationally between 2014 and 2021, according to experts who say the dramatic increase reflects a growing understanding among both researchers and patients that low-grade prostate tumors can be safely watched for years without requiring treatment.

Roughly 60% of men eligible for AS chose that approach in 2021, up from 27% in 2014 and less than 10% in 2010, according to panel member Matthew Cooperberg, MD, MPH, of University of California San Francisco. He presented the data for a panel of the American Urological Association (AUA) today at the group’s 2022 annual meeting in New Orleans.

Cooperberg attributed the hike in AS rates in the United States to the growing scientific literature and guidelines supportive of the approach, which calls for periodic assessments of low-risk tumors but no surgery, radiation, or other therapies. In Canada and parts of Europe, approximately 80%-90% of men who are eligible for AS choose that approach, experts said.

Earlier this month, the AUA and the American Society for Radiation Oncology released the strongest guidelines to date supporting AS for low-risk patients, and, for the first time, for select patients with favorable intermediate-risk prostate cancer.

In 2012, the US Preventative Services Task Force (USPSTF) recommended against screening for prostate-specific antigen (PSA), concluding that the benefits of the test did not outweigh the risks, such as overdiagnosis and overtreatment of low-risk prostate cancer.

Urologists blamed the USPSTF policy for a decline in PSA screening and an uptick in the diagnosis of advanced prostate cancer.

Cooperberg said the shift served as “a bit of a wake-up call for at least a segment of the urology community that if we didn’t fix the overtreatment problem, we would never retake the chunks of the conversation about screening and early detection.”

In 2018, following protests by urologists and patient advocates, the USPSTF revised its statements to include shared decision-making for PSA testing in men aged 55-69 years, reflecting emerging evidence of longer-term benefits and widespread adoption of active surveillance after detection of low-risk disease, he said

Laurence Klotz, MD, the University of Toronto researcher who named and helped develop AS 30 years ago, and who was not on the AUA panel, said other factors also help to explain the growing interest in AS. These include an increasing consensus among experts on the value of the strategy, mounting public awareness of its benefits, the efforts of support and advocacy groups, and the arrival of more sophisticated imaging and biomarkers that help further refine risk.

“We’re shrinking the gray zone,” Klotz said. “Remaining resistance to AS is due to legitimate concerns about missing significant cancer and losing a patient to metastatic disease, and perhaps financial drivers, particularly with less invasive technologies like radiation and focal therapy.”

The national rate for AS increased from 26.5% in 2014, when data were first reported through the AUA’s AQUA data registry. AQUA’s data comes from electronic health records and included 27,289 patients with newly diagnosed low-risk prostate cancer.

In 2014, radical prostatectomy was the leading treatment in the low-risk population, with 29.7% of these patients overall opting for surgery, edging out external beam radiotherapy (EBRT) and AS, at 28.2% and 26.5%, respectively .

William Catalona, MD, a panel member from Northwestern University Feinberg School of Medicine in Chicago, said the AUA’s Prostate Cancer Active Surveillance Project has set a goal of 80% uptake of AS in patients with low-risk prostate cancer. Catalona, an early critic of AS, called that figure “optimal and realistic” and should happen “as soon as possible.”

Catalona said the 80% benchmark matches acceptance of AS within the US Department of Veterans Affairs hospitals.

However, Klotz said the American culture of treatment, which is driven at least in part by financial incentives on the part of physicians, may prevent the growth of AS above 80% in this country.

Cooperberg said financial incentives are real. “I think it’s a small minority of docs that are heavily driven by the financial incentive, but it certainly exists,” he told Medscape. When you look at the extreme variation of active surveillance rates, there is no question that factors like reimbursement are going to play a role.”

Catalona, who through the first decade of the 2000s regularly debated Klotz about the concept of AS, said he today recommends AS when appropriate.

“The variability of AS adoption among practices and physicians varies from 0% to 100%. Therefore, some are too ‘tight’ in recommending AS and some are ‘too loose.’ I do not attempt to steer [patients] into treatment unless I believe that would be their best option. Nevertheless, some opt for surveillance when I believe they are making a mistake, and some opt for treatment when I believe surveillance would have been a rational choice.”

Cooperberg agreed that a personalized approach is important and that both physicians and patients should be flexible in their decision-making. “There will always be some men with low-grade disease who should get immediate treatment. For example, a young man with very high-volume disease, even if it’s Gleason 3+3,” he said. “If it is clearly inevitable that he’s going to need treatment, he could reasonably make a decision to get immediate treatment.”

Cooperberg, Klotz, and Catalona have disclosed no relevant financial relationships.

Howard Wolinsky is a Chicago-based medical writer and editor of TheActiveSurveillor.com. He has been on active surveillance since 2010.

Years after water crisis, Flint residents reported high rates of depression, PTSD
How Durable Are Responses to Novel Antidepressant Zuranolone in MDD?
What To Know About Flu Shots And How To Prevent Influenza Illnesses
Eat Less, Move More: Strategies To Increase Your Daily Steps For Weight Loss
Antidepressant withdrawal: find out what to expect and how to manage it