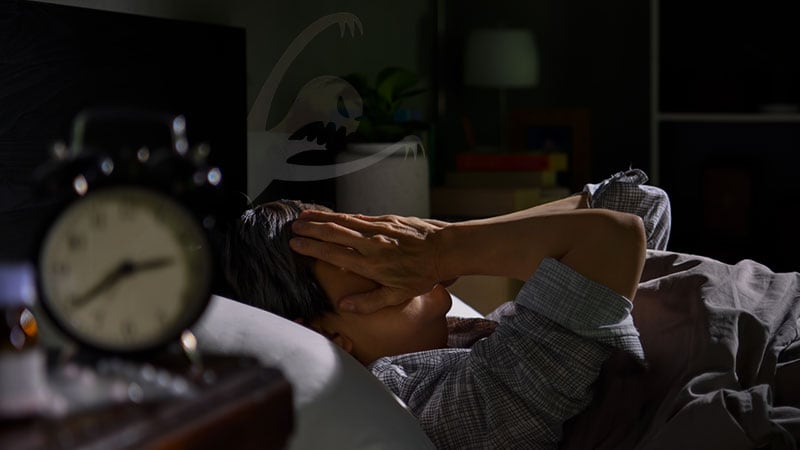 Nightmares in healthy middle-aged and older adults may be an independent risk factor for cognitive decline and dementia, particularly in men, new research suggests.

Results from a large cohort study showed that healthy middle-aged adults who had bad dreams at least once a week were four times more likely to experience cognitive decline over the following decade, and older adults were twice as likely to be diagnosed with dementia, compared with peers who never had bad dreams.

“This would be the optimum time for doctors to intervene to try and slow down or prevent dementia from developing,” Otaiku said.

The findings were published online in The Lancet journal eClinicalMedicine.

Distressing dreams have been previously associated with faster cognitive decline and increased dementia risk in patients with Parkinson’s disease (PD), but whether the same holds for individuals from the general population without PD is unknown.

The prevalence of frequent distressing dreams, defined as occurring “once a week or more,” was higher in the older cohort compared with the middle-aged cohort (6.9% vs 6.0%, respectively).

This is in line with other research that showed distressing dreams remain relatively stable throughout early adulthood and then progressively increase in prevalence from middle to older adulthood.

In the fully adjusted model, compared with middle-aged adults who never had bad dreams, those who reported having one or more bad dreams weekly had a fourfold risk for cognitive decline (adjusted odds ratio [aOR], 3.99; 95% CI, 1.07 – 14.85).

Otaiku said he suspects some individuals in the preclinical phase of dementia have “subtle neurodegeneration occurring over time in the right frontal lobe: the area of the brain that helps to downregulate negative emotions whilst we are awake, and also whilst we are dreaming.”

This could result in “depression and anxiety in the day, and nightmares and bad dreams during the night,” he said.

It is possible that treatment for frequent nightmares may help to slow cognitive decline and delay or prevent dementia, Otaiku added.

He noted that prazosin is used to treat nightmares and has been shown to prevent memory decline and reduce amyloid B generation in preclinical studies of Alzheimer’s disease.

“This is an exciting prospect [but] it is still early days and we will need research to see whether treating nightmares might help to reduce dementia risk down the line,” Otaiku said.

Commenting for Medscape Medical News, Maria C. Carrillo, PhD, chief science officer for the Alzheimer’s Association, said: ”This is credible research consistent with the idea that sleep disturbances may be a risk factor or warning sign of cognitive decline.”

She added that “what’s novel here” is the researchers examined distressing dreams — not more physical sleep disturbances and disorders such as insomnia or apnea.

“However, nightmares can disturb sleep in the same way these disorders do by waking people up in the middle of the night,” said Carrillo, who was not involved with the study.

“Previous research has pointed to nightmares being indicative of potential changes in the brain that can precede other dementias like Parkinson’s disease. More research is needed to tease out what exactly is happening in the brain during nightmares that may be contributing to this increased risk,” she said.

Carrillo noted that “getting good sleep” is important for overall health, which includes brain health.

“The good news is there are treatments — both drug and non-drug — that can help address sleep disturbances,” she added.

This study received no external funding. Otaiku and Carrillo have reported no relevant financial relationships.