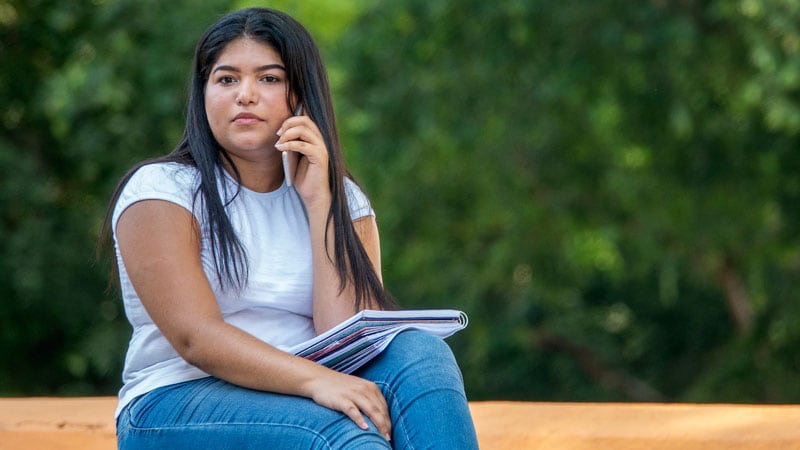 This article was originally published in Portuguese on Medscape .

Almost one quarter of adolescents with type 1 diabetes (T1D) have overweight or obesity, according to a study conducted in 14 public clinics in 10 Brazilian cities. The study, published this past January in Diabetology & Metabolic Syndrome, found that these patients had a higher prevalence of traditional risk factors for micro- and macrovascular diabetes-related chronic complications.

Initially, the total sample included 1760 patients with T1D from all geographic regions of Brazil. Patients were followed in public clinics. Of these patients, 367 were adolescents; they formed the final sample of this study. Half of the participants (50.1%) were girls. The mean age was 16.4 years. The mean diabetes duration was 8.1 years, and the mean A1c was 9.6%.

The researchers found that 79 (21.5%) of the 367 adolescents were overweight, and 16 (4.4%) had obesity. According to the authors, the high prevalence of overweight and obesity in this group marks a change in the T1D patient profile. For a long time, the disease was associated with a lean phenotype.

Marília Gomes, MD, professor of diabetes and metabolism at Uerj, is one of the study’s authors. She said that this situation reflects the lifestyle changes seen among children and adolescents. For example, there’s been a decrease in their physical activity and an increase in their intake of foods with high calorie density. “Putting aside the presence of overweight and obesity, kids in this age group find it hard to stick to a diet,” she told Medscape Medical News.

The team also noted the high prevalence of cardiovascular risk factors. For example, they found that adolescents with overweight or obesity had higher rates of dyslipidemia, represented by higher levels of total and LDL cholesterol. When compared with participants with ideal weight, the overweight or obese group also had arterial hypertension, a higher frequency of family history of hypertension, and presence of metabolic syndrome.

On the other hand, the researchers found no association between overweight/obesity and chronic kidney disease, diabetic retinopathy, and laboratory markers of nonalcoholic fatty liver disease.

Still, the study showed that less than 20% of the patients with T1D in both groups, with and without overweight/obesity, had adequate glycemic control. Gomes said that this number is in line with what was seen in Brazil. She pointed out that there are several factors behind this finding. For example, cognitive deficits or socioeconomic issues may make it difficult for family members to understand the disease. Another factor is the lack of multidisciplinary healthcare teams that can respond to the patients’ disease-related needs.