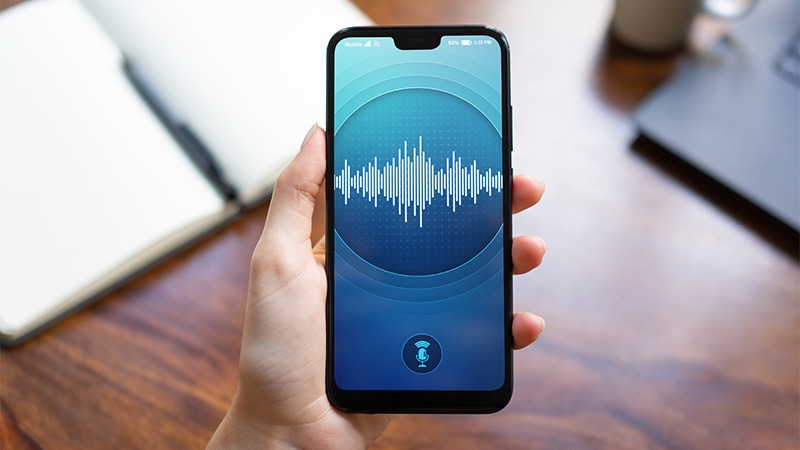 A voice can carry a long distance, but in patients with heart failure (HF) a voice can also carry otherwise hidden signs useful for predicting short-term risk for worsening disease, even acute decompensation. Potentially, it only has to reach a smartphone to do it, suggests a preliminary study of a mobile app designed to alert patients and clinicians to such looming HF events, if possible in time to avert them.

The proprietary app and analysis system (HearO, Cordio Medical), used daily at home by 180 patients with stable HF, demonstrated 82% accuracy in picking out vocal signals of early congestion that would soon be followed by a need for intensified therapy or acute decompensation.

In practice, clinicians receiving the system’s alerts about altered fluid status would intervene with medication adjustments before the patient deteriorates and possibly heads for the emergency department. That would be the plan; there were no interventions in the current study, which was designed only to explore the strategy’s feasibility and accuracy.

“It has the potential to reduce acute decompensated heart failure hospitalizations and improve patient quality-of-life and economic outcomes. But, of course, we have to show that now in larger and randomized clinical studies.”

In the current study, researchers prospectively tracked any worsening-HF events that hit patients within a month after the system sent them an alert suggesting early changes in fluid status. Then, they retrospectively assessed the strategy’s predictive accuracy for an initial episode.

The system correctly predicted 32 of 39 first HF events, for an 82% sensitivity and a false-positive rate of 18%. On an annualized basis, Abraham said, the patients experienced an estimated two to three false alarms per year, alerts that were not followed by HF events. For context, the standard practice of monitoring the patient’s weight “has a sensitivity of about 10% to 20%. So this performs very well as a noninvasive technology.”

On average, Abraham said, “we were able to detect future events about 18 days prior to the worsening heart failure event,” which in practice would provide “a pretty broad window for intervention.”

The false-positives were not a surprise. Lung fluid status can change in conditions other than heart failure, he observed, and the HearO system alerts aren’t meant to be followed blindly.

“I don’t know that we clearly understand what those false-positives represent just yet,” Abraham said. “The bottom line is, as with any diagnostic tool, you have to use the totality of clinical information you have available. If you get an alert and the patient has a fever and a cough, you might think of pneumonia before worsening heart failure.”

The study suggests that the HearO system, combined with sound clinical judgment, “has the potential to identify early congestion that may allow for treatment management, and then avoiding hospital admission,” Bayés-Genís, who isn’t connected with the study, told theheart.org | Medscape Cardiology.

The entirely noninvasive, smartphone-based app would be more appealing than implanted devices that, for example, measure thoracic bioimpedance or pulmonary artery pressure and are also intended as congestion early-warning systems, he proposed. “Its scalability makes it very attractive as well.”

But all that “would have to be validated in a large clinical trial,” Bayés-Genís, who co-moderated the conference session featuring Abraham’s presentation, said when interviewed.

The ongoing study has enrolled 430 clinically stable adult patients with HF in New York Heart Association functional class II or III, regardless of left ventricular ejection fraction, who were cared for by teams at eight  centers in Israel. At the outset, during a period of stability, each patient spoke a few sentences into the app to establish a vocal-pattern baseline.

Once home, their assignment was to speak the same sentences into their phones once a day. The app, working through a cloud-based, artificial intelligence–derived processing system, compared each day’s vocal signature with the baseline and alerted researchers when it detected signs of altered fluid status.

About 460,000 recordings were collected from the 180 patients in the current analysis, of whom about 27% were women. They used the app for a mean of 512 days.

The system seems to work well regardless of language or dialect, Abraham said. About 70% of the current study’s patients spoke Hebrew, and most of the rest spoke either Russian or Arabic.

Bayés-Genís proposed that in practice, unfamiliarity with or resistance to smartphone technology would be unlikely to figure greatly in any nonadherence with the daily app regimen, except “maybe for the eldest of the eldest.” The current cohort’s mean age was 70 years. In his experience, he said, most older persons younger than age 80 use a smartphone, at least in more developed countries.

Heart Failure Association of the European Society of Cardiology 2022 Presented May 21, 2022.

Too Old to Practice? Physicians Who Bully; and Monkeypox Mutates
Ohio reports third U.S. death of person with monkeypox who had underlying health conditions
Have You Heard? OTC Hearing Aids
We’re trimming a winner near all-time highs after patiently waiting for the market to rally
Omicron reduces host antibody response by lower B-cell antigenicity