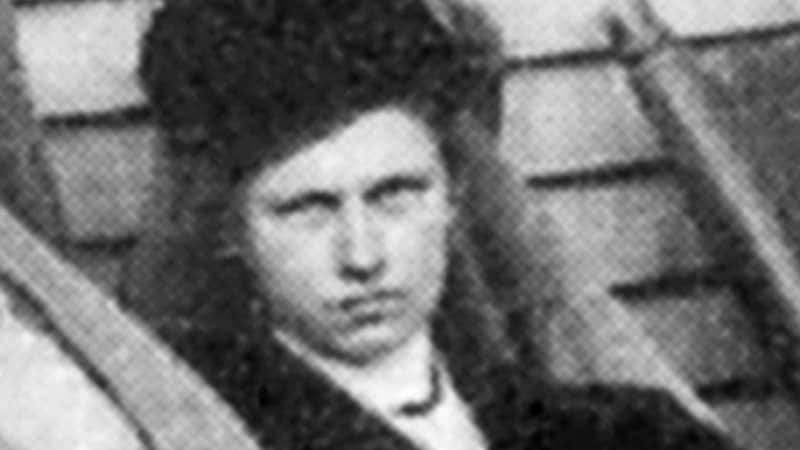 With typhoid, Denise Monack, PhD, chair of microbiology and immunology at Stanford University, told Medscape Medical News, “These microbes that have evolved to colonize parts of our body that normally are not colonized by bacteria…have an armament of — we call them virulence factors — that allow them to dampen immune responses or hide from our immune system. A classic example for typhi is that it has this capsule, a polysaccharide on the surface [of its cell wall], and it allows it to evade innate immune recognition.”

Monack said typhi can evade complement (part of a complex with an antibody that triggers an inflammatory response) as well as immune cells and even replicate inside macrophages through other virulence factors. This ability to survive intracellularly distinguishes it from more common Gram-negative organisms, like E. coli or Klebsiella.

Monack also described recent research with human-derived gut organoids infected with poliovirus that show that infected cells sloughed off from the rest. In humans, they would be excreted and then ingested by other people. The goal of these microbes is to replicate “because otherwise, it’s a dead end for the virus…. There’s no intent to cause disease to kill both.” And all else being equal, there is selection pressure for less virulence over time.

Sten Vermund, MD, PhD, professor of public health and pediatrics at the Yale School of Medicine, told Medscape Medical News, “This range — asymptomatic, mild, severe, and life-threatening — is actually not that uncommon. That’s true for flu. That’s true for RSV [respiratory syncytial virus]…. The ones that don’t have that range are the exceptions — like rhinovirus.”

Infectivity also varies with the virulence of the organism and with the health of the person. Generally, very young infants and the elderly are more susceptible to infections.

“Different organisms have different age predilections,” said Vermund. “So, for influenza, typically, it’s the very old and the very young who are at the highest risk.”

On the other hand, Vermund continued, “For reasons that nobody understands, the Spanish Influenza of 1918-1919 had a predilection for middle-aged people and young adults. Less the elderly, less the infants, and we don’t understand that! So, there are these age-related factors and the immunologic differences.”

There is still much to understand about these immunologic differences, but we have learned some things about how some people can be infected with a normally virulent disease yet show no symptoms.

Some clues come from infants, who have had little or no exposure to pathogens and have an undeveloped immune system, but here is some of what we’ve learned.

“A baby is obviously born relatively immune-naive and is protected for many months through the passive antibody that has been gifted by the mother and then additional antibodies through breast milk,” Vermund said. “But slowly, that infant generates immune responses that are much more mature…as the infant grows to 1 or 2 years of age.”

That immune naïveté becomes especially dangerous when the infant or fetus develops one of the infections associated with the “TORCH syndrome.” (TORCH is an acronym for Toxoplasmosis, Other Agents, Rubella, Cytomegalovirus, and Herpes Simplex.)

Vermund explained, “The worst is when you have the pregnant mother infected with these viruses that then infect the infant in utero before the infant has any real ability to mount an immune response.”

Babies have an innate immune system, a nonspecific response that includes the skin and mucous membranes as physical barriers to infection. Chemical reactions also result in inflammation and activation of specialized scavenger cells to kill the invading organism. But babies have not yet developed the antigen-specific responses needed for adaptive immunity. Over months they produce T cells, which detect and destroy viruses and activate B cells. B cells make antibodies in response to a specific target, and they both neutralize the invader and signal to attract other cells to the immune response.

For the elderly, senescence of the immune system causes both the diminished response to vaccines and the reemergence of infections. Herpes zoster, for example, remains indolent and controlled for decades after someone is infected with the varicella virus before it emerges.

“Tuberculosis is a great example of pathogens that have a latency within the body,” William Moss, MD, professor of epidemiology and executive director of the International Vaccine Access Center at Johns Hopkins University, told Medscape Medical News, “Latency is one kind of biological mechanism subverting the immune system. It’s another mechanism by which a pathogen can infect someone and not cause symptoms [that] are largely mediated by our immune response.”

With COVID-19, “The No. 1 risk for severe COVID is age, and the No. 2 risk is not having a good interferon response,” Vincent Racaniello, PhD, professor of virology at Columbia University, told Medscape Medical News.

“A really good response makes the infection asymptomatic,” Racaniello continued. “[But] there’s a subtlety here because if you have too much interferon, [you get flu-like symptoms].”

At the other extreme, a patient could experience a “cytokine storm” with the release of many proinflammatory cytokines, proteins like interferon and the interleukins. This overwhelming immune response accounts for many of the deaths from COVID — and may also explain the 1918 deaths from influenza.

Racaniello stressed that this type of balance is true for a variety of organisms and in a variety of settings. “People have studied bacteria in the gut, and it’s quite clear that interferon immunity is important for regulating those bacteria so they don’t overgrow and become pathogenic. We know that in an immunosuppressed host, they can cause a problem. So, there’s got to be this balance. It’s in part mediated by immune responses, I think, as well as what other viruses and bacteria are present.”

Racaniello pointed out that we likely will never understand those details regarding polio, because there are too few cases to study. That’s also true of other infections causing limited disease.

There’s much that remains unknown about immunity and what makes some infections asymptomatic. One striking example is that of meningococcus. About 10% to 15% of adults carry meningococcus in their nasal passages and do not become sick. But occasionally, and for reasons unknown, when somebody new encounters the bacterium — often a young child or a teen or young adult — they may become critically ill within hours from meningitis or develop septic shock and die. Why is there such a range?

The researchers Medscape spoke with answered that question by emphasizing various aspects of the host-pathogen balance. How much is affected by environmental elements? How much by the host’s genetics vs quirks in the pathogen’s genetics? What about coinfections?

Vermund pointed to the microbiome, “I think the microbiome to be relevant. The respiratory microbiome might increase or decrease the pathogenic consequences of SARS-CoV2, RSV, or flu. There’s a long way to go in our discipline before we sort this all out.”

Racaniello agreed on the importance of the microbiome, “When you’re born, you get a microbiome from your mom, and you have that for the rest of your life. I’m not sure that’s an infection, right? That’s part of your flora [and] there are mechanisms that allow people to coexist with these bacteria. In your gut, you have Clostridium, and it’s only when you disturb the balance of the flora then those can overgrow and cause problems. So that tells us that part of the control is based on the community, the entire community, regulating members that could be otherwise problematic.”

Moss pointed to T cell immunity, “T cell immunity probably plays a much bigger role in protecting against severe disease, but not [against] any symptoms. So, for individuals who are truly asymptomatic and infected, I think it’s going to be local mucosal immunity at the site of initial viral infection that’s going to be most strongly correlated.”

Vermund turned back to inflammation as a critical unifying theme. “You would think that there are some fundamentals about inflammation that need to be sorted,” he said. “What is it about the human immune response in which inflammatory dynamics are vital components that are functional? And why is it so frequently dysfunctional? Why does there exist the phenomenon of the cytokine storm where the immune response seems to be driving a pathogenic process? The whole field of autoimmunity, is an example. And then, of course, long-term consequences of infectious agents are also a component of this great mystery.”

The bottom line, as always, is “more research is needed.”

There is much we need to learn about why there is such a range of responses in humans from encounters with bacteria and viruses. As noted by Monack, Vermund, Moss, and Racaniello, there are many possible mechanisms contributing to those varied responses. Teasing out the relative contribution of each mechanism will require substantial further research.

Judy Stone, MD, is an infectious disease specialist and author of Resilience: One Family’s Story of Hope and Triumph Over Evil and of Conducting Clinical Research, the essential guide to the topic. You can find her at drjudystone.com or on Twitter @drjudystone.